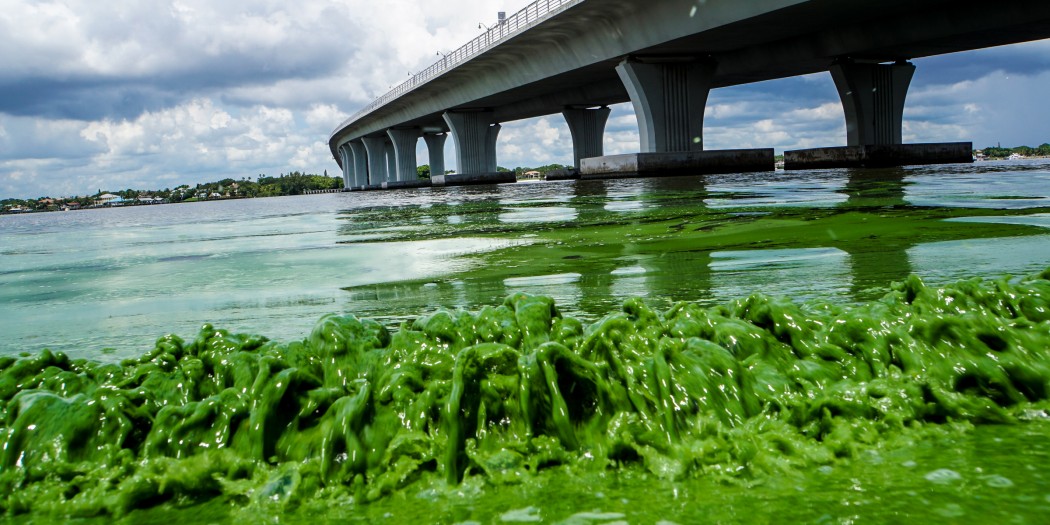 University of Miami researchers have discovered that beached dolphins appear to be suffering from a condition similar to Alzheimer’s disease caused by BMAA toxins from common algae.

The environmental toxin beta-methylamino-L-alanine (BMAA) has long been suspected of playing a role in some cases of neurological disorders. Hints about the potential health threat of BMAA date back to the aftermath of World War II in the remote Pacific island of Guam. U.S. Army physicians encountered an outbreak of a strange syndrome that the native people called lytico-bodig—the term lytico signifying paralysis and bodig dementia. Some victims had ALS-like symptoms, others exhibited the rigid posture of Parkinson’s disease, and still others displayed the mental fogginess typical of Alzheimer’s. A 2011 article in Discover Magazine asked “Are Toxins in Seafood Causing ALS, Alzheimer’s, and Parkinson’s?” and pointed to concerns that BMAA was being produced by blue-green algae: http://discovermagazine.com/2011/may/22-seafood-toxins-causing-als-alzheimers-parkinsons Now, in an alarming new study that has implications for people living along the Florida coast, scientists have discovered that dolphins there appear to be suffering from a condition similar to Alzheimer’s disease caused by BMAA toxins from common algae. University of Miami researchers examined the brains of 14 dolphins, some of which had beached themselves. Half of the marine mammals were found stranded in areas with frequent harmful algal blooms: the Banana River, Indian River Lagoon, the Atlantic Ocean, and the Gulf of Mexico. Thirteen of the dolphins’ brains had excessive levels of BMAA. More coverage from Florida Today: https://www.floridatoday.com/story/news/local/environment/lagoon/2019/03/29/dolphin-alzheimer-link-algae-toxin-points-human-risk-florida-coast/3286946002/

The University of Miami research report was published in PLOS One: https://journals.plos.org/plosone/article?id=10.1371/journal.pone.0213346