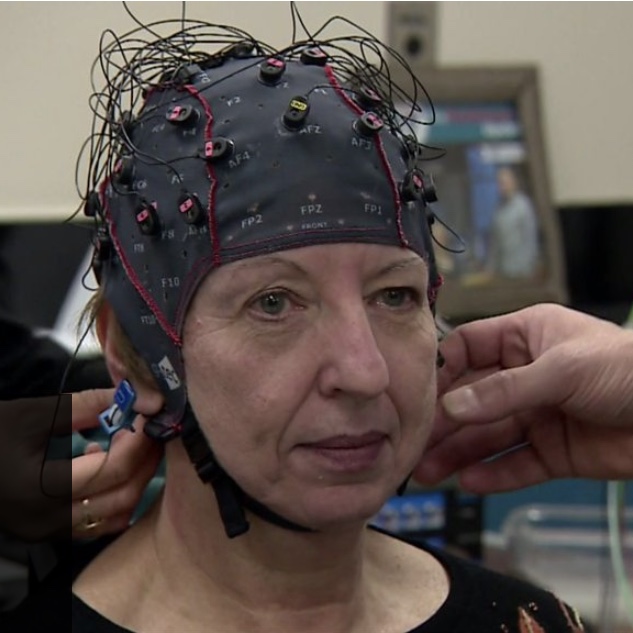 A BBC news article drew considerable attention with its clickbait headline: “Parkinson’s results beyond researchers’ wildest dreams”. It’s an interesting story about two housebound patients with advanced stage Parkinson’s Disease who received a treatment that helped restore their walking ability. These patients are part of a small study of 5 patients at London Ontario’s Western University who had electrodes implanted in their spine. Delivering electrical pulses into the spine appears to be delivering walking impairments that can be all but impossible to treat otherwise.  The team thinks their device works by boosting signals between the spinal cord and the brain. When we walk, our brains send instructions to our limbs allowing us to move. The spinal cord then sends a message back to the brain to confirm that the action has been carried out. Parkinson’s appears to disrupt this signal, restricting our ability to walk properly.  Reports from the original study were published last year, but this latest news coverage is focused on continued improvement in two of the patients. The BBC News report is here: https://www.bbc.com/news/health-47803496.

A more detailed report on the treatment is found in Canada’s National Post: https://nationalpost.com/health/electrical-jolts-to-the-spine-transform-lives-of-parkinsons-patients-in-canadian-led-experiments

IFL Science also has good coverage of the story:
https://www.iflscience.com/health-and-medicine/patients-with-severe-parkinsons-walk-again-thanks-to-electrical-spine-implants/

Scientists at the University of California San Francisco (UCSF) have developed a decoder that can translate brain activity directly into speech. “For the first time we can generate entire spoken sentences based on an individual’s brain activity,” said Edward Chang, senior author of the study. Speech synthesisers, like the one used by the late Stephen Hawking, typically involve spelling out words letter-by-letter using eye or facial muscle movements. They allow people to say about eight words a minute, compared with natural speech, which averages 100-150 words per minute. Previous attempts to artificially translate brain activity into speech have mostly focused on unravelling how speech sounds are represented in the brain, and have had limited success. Chang and his colleagues tried something different. They targeted the brain areas that send the instructions needed to coordinate the sequence of movements of the tongue, lips, jaw and throat during speech. NBC News coverage:
https://www.nbcnews.com/mach/science/scientists-turn-brain-signals-speech-help-ai-ncna998551

A former US Congressman and college president in Buffalo, New York, Jack Quinn, publicly shared his Parkinson’s diagnosis. As a well known figure in Buffalo, his story is drawing considerable attention to a local Parkinson’s boxing program. But the most intriguing part of this story is a health insurance angle. Jack Quinn was involved in talks with Independent Health, a Buffalo based insurer, which recently agreed to cover the program with a small co-pay. This is a big deal. For people with Parkinson’s, exercise is as important as (if not more important than) medication. But the costs for people on fixed income can discourage participation in Parkinson’s fitness programs. Some insurers do provide partial reimbursement for gym membership fees, but have been limited to full service gyms. On a related note, this year Blue Cross Blue Shield of Massachusetts added kickboxing programs as being eligible for a participation reimbursement of up to $150. That’s not enough to cover most programs, but it’s helpful. BCBS Massachusetts fitness reimbursement:
http://www.bu.edu/hr/documents/BCBS_Fitness_Reimbursement_Form.pdf

More on Jack Quinn and Parkinson’s Boxing in Buffalo: When it comes to running, no event is more prestigious than the Boston Marathon. This year’s Boston Marathon finishers included at least two people with Parkinson’s Disease (and one extremely supportive spouse), who are inspiring us to challenge the limitations of Parkinson’s Disease. Michael Quaglia was diagnosed with PD 13 years ago, and describes his PD strategy like this: “The way I have been fighting this thing is I exercise like crazy.” Read more: http://parkinson.fit/forums/topic/outrunning-parkinsons-at-the-boston-marathon-2019/ Young blood infusions aren’t just for vampires any more. It seems like something out of a Simpsons episode, but back in February, the FDA issued a warning to would be vampires against so-called “young blood plasma” infusions, where infusions of plasma from young donors (18-25 years old) is being promoted to treat the effects of a variety of conditions, including Parkinson’s Disease. The FDA statement, in part, said “Simply put, we’re concerned that some patients are being preyed upon by unscrupulous actors touting treatments of plasma from young donors as cures and remedies. Such treatments have no proven clinical benefits for the uses for which these clinics are advertising them and are potentially harmful.“ The FDA stressed “The administration of plasma for indications other than those recognized or approved by the FDA should be performed by a qualified investigator or sponsor who has an active Investigational New Drug (IND) application with the FDA.”

The excitement about young blood plasma was fueled by a phase 1 study at Stanford that looked at it as a potential treatment for Alzheimer’s:
https://stanmed.stanford.edu/2018winter/clinical-trial-finds-blood-plasma-from-young-donors-promising-for-Alzheimers.html.

There is currently a related clinical trial on young blood plasma infusion and Parkinson’s being run by Alkahest, which has received funding from the Michael J. Fox Foundation. Additional details here:
https://scienceofparkinsons.com/2018/12/26/alkahest/

There apparently is another small study in Houston, the Young Plasma Study (https://www.youngplasmastudy.com), which has just released promising results, documenting patient conditions  3 months after treatment with young plasma infusion. The press release claims “With all patients continuing to be maintained on their pre-investigation treatments, critical disease-conditions such as muscle twitches (dyskinesia), facial expression, speech, handwriting, rigidity and falling, all show improvement directly attributable to the yFFP.” (yFFP = young fresh frozen plasma)

The Davis Phinney Foundation held a webinar on DBS, and published a page with helpful information for those considering the procedure:
https://www.davisphinneyfoundation.org/blog/webinar-recording-the-what-when-why-how-of-deep-brain-stimulation-with-dr-kara-beasley/

A small town Idaho newspaper shares how DBS has profoundly affected the life of a local resident: https://www.bonnercountydailybee.com/local_news/20190427/surgery_gives_sagle_man_a_second_chance

Parkinson’s Life followed up with 3 of the participants of the UK GDNF trial who were featured on the BBC documentary. They discuss experience in the trial, as well as experiences since the trial. https://parkinsonslife.eu/gdnf-trial-a-miracle-cure/ Parkinson FIT was featured in a collection of top Parkinson’s blogs chosen by MyTherapyApp. While it is great to be included in these lists, I’m always more interested in seeing what other blogs I might be missing. https://www.mytherapyapp.com/blog/top-parkinsons-blogs

Parkinson’s Programs in the News

Boston Celtics basketball legend John Havlicek passed away at the age of 79. Friends say Havlicek had suffered from an aggressive strain of Parkinson’s Disease for approximately three years, and recently took a turn for the worse. https://www.bostonherald.com/2019/04/25/celtics-great-john-havlicek-dead-at-79/

“Linda Ronstadt: The Sound of My Voice” documentary premiered at the Tribeca Film Festival. The documentary profiles the 10-time Grammy winning superstar whose career was tragically cut short by Parkinson’s disease. https://www.hollywoodreporter.com/review/linda-ronstadt-sound-my-voice-1205347

The Parkinson’s Society of Singapore held an awareness event highlighting people with Parkinson’s who lead an active lifestyle and set an example for others. https://www.channelnewsasia.com/news/singapore/why-parkinson-s-disease-should-not-prevent-patients-from-keeping-11484372