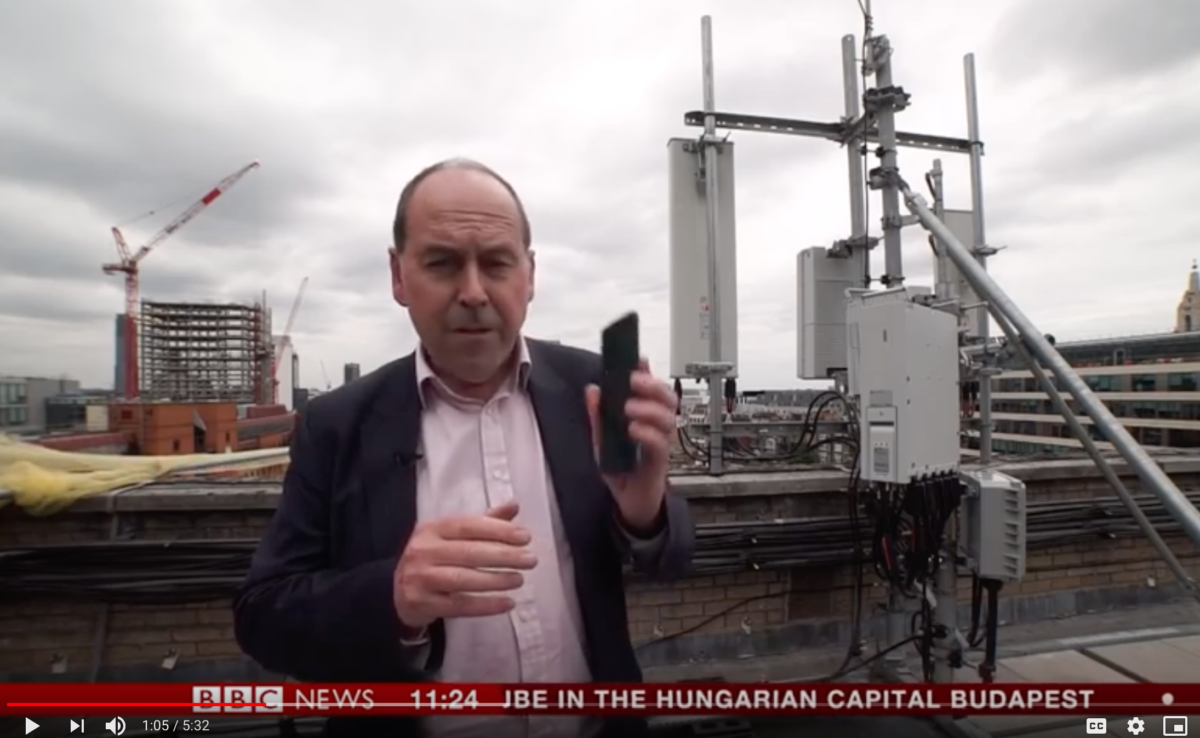 BBC News reporter Rory Cellan-Jones was reporting from Covent Garden, giving a report as  the first ever news broadcast using a public 5G network in the UK. After millions of viewers tuned in to watch the event on BBC Breakfast, a handful of people noticed his shaky hand. Their comments prompted the journalist to reveal that it was a physical symptom of his recently diagnosed Parkinson’s Disease. Cellan-Jones wrote on Twitter: “A couple of people have noticed my hand shaking in my live 5G broadcast today. So seems a good time to reveal that I’ve recently been diagnosed with Parkinson’s. I’m getting good treatment and the symptoms are mild right now – so I’m carrying on as normal. Onwards and upwards!” His diagnosis and openness in discussing Parkinson’s Disease is inspiring others:  https://www.bbc.co.uk/news/amp/entertainment-arts-48458468

Parkinson’s Life has a great article where Rory Cellan-Jones discusses his diagnosis, and his experience of “going public” with the diagnosis: “I knocked out a tweet and within half an hour my feed was going mad”
https://parkinsonslife.eu/rory-cellan-jones/