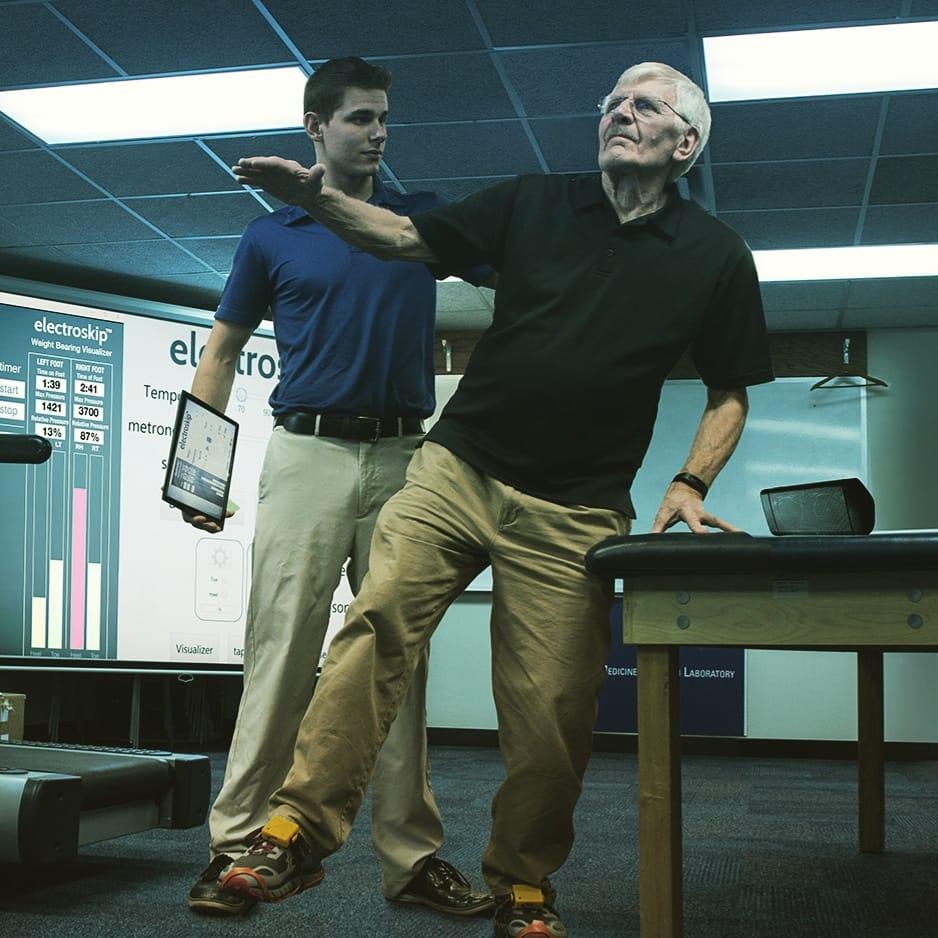 Some ideas take time to find their direction. In 2010, Jamie O’Neil, Communication Studies professor at Canisius College in Buffalo (New York) developed a project that he called Skippisox. These were socks that you wear and they would make noise.

Another professor at Canisius College, Bill Sack, was working with using robotics to create music. Together, they developed Electroskip, which is is a wearable technology that attaches to shoes and detects the amount of pressure that the wearer puts on their heels or toes. The sensors use a wireless data transmitter to  send this information to a computer, which generates audio feedback.

Originally, the focus was on entertainment, with demonstrations involving dancers generating music by wearing Electroskip devices while they dance.

If you’re a fan of “The Good Place”, then you know that Jason Mendoza’s dance crew “Dance Dance Resolution: We Resolve to Dance” would have been all over this product. But from a business perspective, this would be a somewhat limited market.

A TEDx talk in 2016 brought some more attention to the device, with the help of the Canisius College Random Ninjaz Dance Crew…

Turns out that one of the members of the Random Ninjaz Dance Crew, Garrett Sydlowski also happens to be a doctor of physical therapy. He saw a potential application of the Electroskip technology for gait training of Parkinson’s Disease patients, using the auditory cues to help improve walking function. A case study was presented at a conference of the Academy of Geriatric Physical Therapy in January 2019.

The company is now pivoting Electroskip toward more of a medical direction, and are currently seeking FDA approval as a medical device that helps people with walking disabilities. Here’s a video with Dr. Sydlowski discussing the application of this technology for Parkinson’s Disease gait training:

And here is a local news article with more details on the company’s new direction:

The company will undoubtedly face competitive challenges from VibeForward and others who are targeting gait training sensor technology, and are already receiving funding grants from the Michael J. Fox Foundation. However, I like the spunk of this team, and wish them them luck. And I eagerly await the next surprise chapter in this story from the Random Ninjaz Dance Crew!