I know what you’re thinking, there must be a sucker born every minute.

That is a reasonable hypothesis, and by my calculation, probably a gross underestimate.

In the USA alone, there are approximately 3.8 million births per year, or 7.23 per minute. In order to reach our target of one sucker born of every minute, in just the USA alone, we need 1 out of 7.23, or 13.8% to be suckers. That might be a stretch, but it seems possible to me, depending on how elaborate the scam must be for a participant to be labeled a sucker.

We could certainly squabble over this minimum threshold of gullibility required to be officially counted as a sucker, but the rating system (known as USUCK) is subjective, and the current political climate appears to be skewing scores across all ideologies.

There is also the question of whether most suckers are actually born that way, or whether a somatic mutation is responsible for polluting the gene pool. Until we can develop that elusive dye that turns the water in our gene pool dark blue when a microorganism pees in it, this will remain a mystery.

Despite these valid, and intensely sarcastic, scientific concerns, I believe the margin of error strongly favors your original hypothesis. So, I’m just going to agree with your premise that there is at least one sucker born every minute.

I’m also going to agree with you that if it sounds too good to be true, it probably isn’t true.

But, let’s put those two thoughts to the side and ask, how much do we really know about Parkinson’s Disease? The US National Institutes of Health (NIH) has an outstanding summary of what is known here:

Parkinson’s Disease: Hope Through Research
Parkinson's disease occurs when nerve cells, or neurons, in the brain die or become impaired. Although many brain areas are affected, the most common symptoms result from the loss of neurons in an area near the base of the brain called thesubstantia nigra. Normally, the neurons in this area produce an important brain chemical known as dopamine. Dopamine is a chemical messenger responsible for transmitting signals between the substantia nigra and the next "relay station" of the brain, the corpus striatum, to produce smooth, purposeful movement.

While mitochondrial dysfunction, oxidative stress, inflammation, toxins, and many other cellular processes may contribute to PD, the actual cause of the cell loss death in PD is still undetermined.

I’d encourage you to follow the link above to read the full article. There is a lot that we know about PD, but there is so much more that we don’t understand.

We know that, as of this point in time, no pharmacological treatment has been proven to be disease-modifying, in the sense that it slows or stops the progression of the disease. The drugs treat the symptoms of PD, but the disease itself continues to progress/worsen, until eventually the drugs have significantly less effect on the symptoms.

But what I find most interesting about the drugs (and even the surgeries) that we use to treat the symptoms of PD, is that when we first began using them, we did not really understand why they work, and in some cases, we still don’t.

Levodopa is the cornerstone of PD treatment. It was legitimized by a landmark 1967 study which showed that patients with PD tolerated a very slow, gradual build-up of levodopa dosage and then began to achieve dramatic, revolutionary benefit as therapeutic doses were reached. How well did these researchers, 50 years ago, understand the science of levodopa and  dopamine? Their understanding was extremely limited by today’s standards, yet today we are still following the same basic therapy.

A few years later it was discovered that by inhibiting enzymes in the digestive track by combining levodopa with carbidopa, lower doses of levodopa could produce similar results, with less of a nauseous side effect … and the age of Sinemet began. Sinemet, a brand name given to the carbidopa/levodopa combination, had a clever Latin derived meaning: sin = without; emet = to vomit, in other words, it won’t make you sick.

Why were they trying to use levodopa to treat PD in the first place? The first clinical trial results were published in 1961. However, all of these trials were predated by studies on rats and rabbits, most notably Arvid Carlsson’s 1957 research that identified levodopa as having an effect in restoring impaired movement in rabbits. Carlsson was awarded a Nobel Prize much later, in 2000, in recognition of the significance of this discovery. 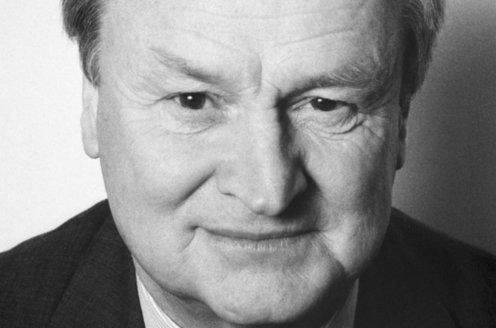 Arvid Carlsson discovered a neurotransmitter called dopamine in the brain and described its role in our ability to move. This led to the realization that Parkinson's disease is caused by a lack of dopamine, allowing for the development of drugs for the disease.

Levodopa: History and Therapeutic Applications
Levodopa – the aromatic amino acid L-3,4–dihydroxy phenylalanine has held the attention of neurologists and pharmacologists alike for more than half a century. Even though extensive research has been done across the globe in treatment ...

Consider also amantadine, which is commonly prescribed in conjunction with carbidopa/levodopa. There is still no scientific consensus on how amantadine provides any symptomatic relief for PD. Amantadine used to be used as a flu vaccine. One patient with PD was observed to have symptom improvement, and clinical trials began. Not much has changed since the review below from 2004 in the Advances in Clinical Neuroscience & Rehabilitation Journal, except for more studies showing minor effectiveness, and two extended release formulas fighting for prescription revenue in the marketplace.

The Use of Amantadine in Parkinson’s Disease and other Akinetic-Rigid Disorders
Amantadine was originally introduced as an antiviral agent to treat influenza A and was coincidentally found to ameliorate symptoms in a patient with Parkinson’s Disease (PD) in 1969. Since that time many clinical trials have investigated the efficacy of amantadine alone and in combination with other antiparkinsonian drugs. Most of these trials took place in the early 1970s. More recently, the use of amantadine has focused upon the treatment of levodopa-induced motor fluctuations and dyskinesias.

Also, consider Deep Brain Stimulation (DBS) surgery, which undoubtedly improves quality of life for many PD sufferers. We’re fairly certain that for many people DBS works extremely well, and many would consider it to be a modern day miracle. But how exactly does it work? Well, that part is not fully understood, as the following link from the Michael J. Fox Foundation is quick to acknowledge.

Exactly how DBS works is not completely understood, but many experts believe it regulates abnormal electrical signaling patterns in the brain. To control normal movement and other functions, brain cells communicate with each other using electrical signals. In Parkinson's disease, these signals become irregular and uncoordinated, which leads to motor symptoms. DBS may interrupt the irregular signaling patterns so cells can communicate more smoothly and symptoms lessen.

So, what is my point?

My point is most certainly not to disparage, discourage, or criticize any of these treatments, or any of the researchers involved. And I will be very quick to point out that the one thing all of these treatments have in their favor is substantial research establishing some degree of effectiveness. So, even though we may not know how they work, we do know that they have worked for others.

And what does this have to do with red or near-infrared light therapy?

My point here is that just because it sounds like a ridiculous idea doesn’t mean that it is. There is still so much we don’t understand.

Some of the biggest breakthroughs occur without full understanding. Is this likely to be one of those major breakthroughs? Highly unlikely.

I’m not encouraging anyone else to try it. Personally, I don’t have high expectations, but I am hopeful that it will help with muscle pain and soreness which may be directly or indirectly related to my Parkinson’s condition.

And if nothing else, I thought others might find interest in some of these thoughts and musings along the way. I definitely learned a few new things while preparing this post, and made myself laugh a couple of times, so at least for me, it was time well spent.