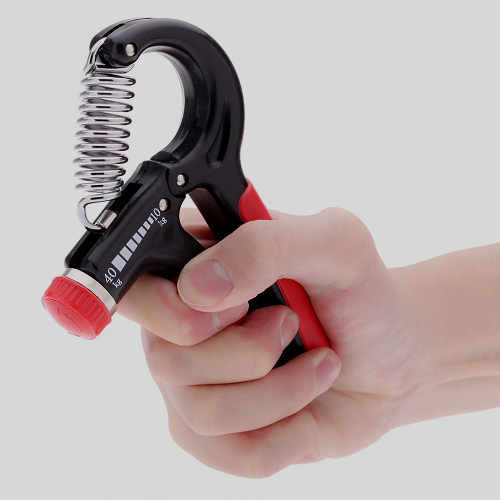 There was an interesting study several years ago that found that declining grip strength on its own, was a good indicator of PD progression. https://www.ncbi.nlm.nih.gov/pubmed/25653226

Why is this significant? Well, as Parkinson’s gets worse, you lose more and more of your ability to grip, and this has negative impact on quality of life and functional independence.

As Parkinson’s progresses, you will lose grip strength and it will frustrate you.

We have previously recommended that this is an area of exercise that you need to put extra (and specific) focus on:
http://parkinson.fit/strength-training-for-pd-forearm-wrist-and-grip/

Now, an odd new twist on grip issues with PD is added in a study titled “Parkinsonian patients do not utilize probabilistic advance information in a grip-lift task.” https://www.ncbi.nlm.nih.gov/pubmed/31105014

This was a decidedly odd thing for researchers to be studying, but here’s the gist…

PD and control participants repeatedly grasped and lifted an object, the weight of which could be light, medium, or heavy. Obvious visual clues gave an indication of how heavy the weights were, but these clues were only accurate 2/3 of the time. The expectation was that participants would use this information to adjust the force of their grasp to match the likely weight. The PD participants were far less likely to make these adjustments.

By contrast, if the clues were unambiguous, meaning that they were accurate 100% of the time, instead of 2/3, the PD participants made grip adjustments to match the weight.

You’re probably wondering why I (or anyone) find this interesting.

I recently posted a video with an armchair analysis of dopamine and the placebo effect, which, in part, attempts to find connections between the two sides of dopamine in the brain. The motor effects of PD are caused by a lack of the neurotransmitter dopamine in a particular area of the brain. But, dopamine is also associated with psychological function, and believed to be of importance in the reward pathway and learning. A person with Parkinson’s not properly applying information related to a probability judgment makes a lot of sense in this context.

Psychological studies of dopamine’s role in learning believe that dopamine conveys a single, rapidly evolving decision variable (the available reward for investment of effort), which is employed for both learning and motivational functions. (See https://dx.doi.org/10.1038/nn.4173)  This latest grip study shows that in this particular test, the decision variable of how hard to grasp the weight is not being applied properly.

Unfortunately, the only practical conclusion we can draw from this experiment is that people with Parkinson’s need to apply more conscious control of the “more automatic” motor functions, such as gripping an item. Our estimates of how much force is necessary may be impaired, and may require more conscious evaluation.

There’s a lot that we still have to learn, but I believe that we are just beginning to understand that dopamine dysfunction in PD may be systemic, and not just limited to motor functionality and the substantia nigra.