The dog ate my homework, and gut bacteria ate my Parkinson’s meds. I’m glad it wasn’t the other way around. In spite of my poor attempt at humor, this is one of the most interesting scientific discoveries related to Parkinson’s Disease so far this year. No, it does not bring us any closer to a cure, but it is of practical significance because it identifies a naturally occurring scenario that can severely limit the effectiveness of levodopa… 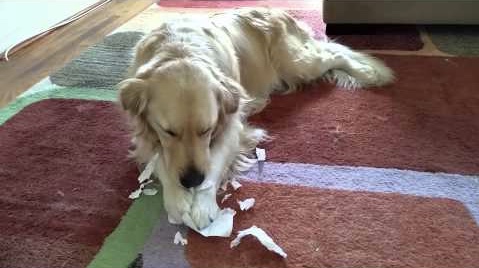 The dog ate my homework, and gut bacteria ate my Parkinson’s meds. I’m glad it wasn’t the other way around.

In spite of my poor attempt at humor, this is one of the most interesting scientific discoveries related to Parkinson’s Disease so far this year. No, it does not bring us any closer to a cure, but it is of practical significance because it identifies a naturally occurring scenario that can severely limit the effectiveness of levodopa, which is still the gold standard medication for the treatment of PD symptoms.

Before we go any further, a caveat: I am not a doctor, or a scientist. None of this should be considered medical advice, and my scientific understanding of this topic may be incomplete.

Hardly a week goes by where there isn’t another study exploring the connection between gut bacteria and Parkinson’s Disease. Several years ago, these theories were considered fringe science, but now many researchers believe that there is a strong possibility that Parkinson’s Disease actually begins in the gut.

While research continues to try to understand exactly how different strains of gut bacteria could be involved in the development and/or progression of PD, two recent studies show how particular types of gut bacteria can actually eat levodopa, and interfere with the effectiveness of levodopa drug treatment for Parkinson’s Disease.

Gut bacteria is not an infection or medical condition. We all have gut bacteria, which is a complex community of microorganisms that live in our digestive tracts. Modern science refers to this our microbiome. There are as many of these bacteria cells (if not more) in our body as there are our own human cells. Our body has a symbiotic relationship with these microorganisms.

The composition of each person’s microbiome varies so much that we are still trying to identify and understand their differences. For example, a recent February 2019 study just identified 2000 previously unknown species of gut bacteria. (See https://www.medicalnewstoday.com/articles/324418.php)

Back to Parkinson’s Disease…

The most common way method of levodopa therapy for PD is to take it orally, in pill form. The levodopa is absorbed in the small intestine and then transported through the bloodstream, crossing the blood brain barrier to enter the brain.

Why do we take levodopa? Parkinson’s brains have low levels of dopamine, particularly in the area of the substantia nigra. Dopamine is a neurotransmitter that is used by the brain to initiate voluntary movement of the body. Low levels of dopamine compromise movement ability. Dopamine cannot cross the blood brain barrier, so we can’t just ingest dopamine directly. However, levodopa can cross this barrier. And once this levodopa reaches the brain, the brain can convert it into dopamine, providing some relief for symptoms of movement difficulty.

That sounds simple…well at least relative to the overall complexity of Parkinson’s…but there is an additional complication. Scientists know that decarboxylase enzymes in the gut can convert levodopa into dopamine before it reaches the blood brain barrier. Levodopa can cross the blood brain barrier, but dopamine cannot, so this conversion needs to be prevented. For this reason, levodopa is combined with a decarboxylase inhibitor, usually carbidopa. Carbidopa prevents the levodopa to dopamine conversion in the gut, allowing the levodopa to cross the barrier and reach the brain. Carbidopa itself does not cross this barrier.

Without an inhibitor like carbidopa, it would be necessary to consume a large quantity of levodopa, with the understanding that only a small percentage will find its way to the brain. Consuming a large quantity of levodopa will make you nauseous. The original patented formulation of carbidopa/levodopa was sold under the brand name Sinemet, which has a clever Latin derived meaning: sin = without; emet = to vomit, in other words, it won’t make you sick.

In some countries, it is more common to use benserazide instead of carbidopa. Like carbidopa, benserazide is also a decarboxylase inhibitor. The benserazide/levodopa combination is sold under the brand name Madopar. The brand name Madopar also has a clever meaning, which I believe they derived from the urban dictionary: mado = exuding so much swag that it is blinding (a.k.a., swaggalicious); and par = getting disrespected. This is a clever play on words for how pharmaceutical companies disrespect their consumers with exorbitant pricing, which allows executives to purchase obscene quantities of swag. (Ok, I made that part up, but this topic was getting heavy, and we needed a break.)

With that background information, it is now easier to explain the significance of these recent studies. Some gut bacteria have a different type of decarboxylase enzyme, which is not inhibited by carbidopa or benserazide. This bacterial enzyme normally converts tyrosine into tyramine, but was found to also convert levodopa into dopamine, before it can make it to the brain.

Over the years, there have also been a number of anecdotal reports of people with Parkinson’s experiencing improvement in Parkinson’s symptoms following heavy antibiotic treatment (which can kill off gut bacteria). Some have pointed to this with suspicion that certain “bad” bacteria may be causing or contributing to PD. However, if these patients are taking levodopa based medication, it is more likely that PD symptom improvements are the result of increased medication effectiveness because of decreased gut bacteria interference with levodopa medication.

I’m not a doctor, but this raises an interesting question in my mind. If someone is experiencing reduced effectiveness of levodopa therapy, should antibiotic treatment be considered to rule out this possibility? What if years of levodopa treatment encourage growth in the number of TDC bacteria in your gut?

If you’re interested in learning more about these two studies, I am including details below.

Researchers at the University of Groningen in the Netherlands show how a certain type of gut bacteria interferes with the effectiveness of levodopa drug treatment for Parkinson’s Disease.

This study, “Gut bacterial tyrosine decarboxylases restrict levels of levodopa in the treatment of Parkinson’s disease” was published in Nature Communications.

This press release from the University of Groningen does a great job of summarizing the study:

The full study is published at:

Key takeaways from this study:

Harvard researchers wanted to find out which specific strains of gut bacteria interact with levodopa medication. There may be other strains, but they found that Enterococcus faecalis consistently consumes levodopa and converts it to dopamine, and Eggerthella lenta consumes the resultant dopamine and creates meta-tyramine as a byproduct.

More research is needed to determine if there are compounds like carbidopa that could be added to levodopa to inhibit these reactions. But one thing is clear, the gut bacteria that comprise our microbiome can effect our health in unexpected ways.

I also found these articles useful sources of additional insight: