This is a test of an emergency broadcast system. If this had been an actual emergency, you would have been instructed to place your head between your legs, and kiss your keister goodbye. 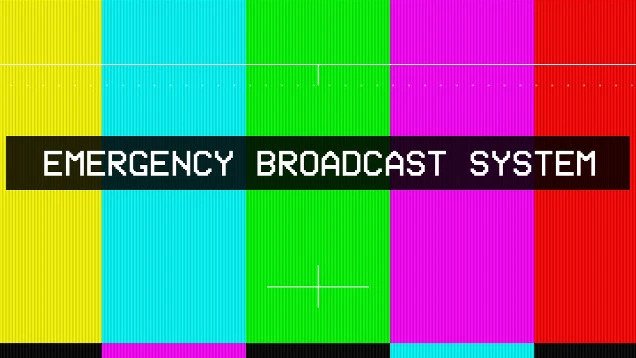 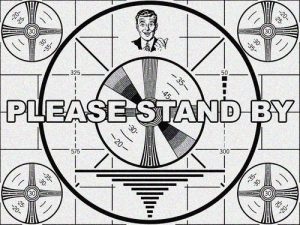 This is a test of an emergency broadcast system. We are legally obliged to tell you that we are not affiliated with THE emergency broadcast system, which like every other U.S. government agency, has been infiltrated by Russian hackers, and is now streaming Kremlin propaganda 20 hours a day, with the other 4 hours alternating between vodka advertisements and Bert Kreischer stand-up comedy. Putin apparently cannot get enough of “The Machine”.

Thankfully, this is only a test.

If this had been an actual emergency, you would have been instructed to place your head between your legs, and kiss your keister goodbye.

What Happened To The Newsletter?

You are receiving this message because you requested a subscription to our Parkinson’s newsletter. You may not remember taking this action, as regrettably, 15 months have passed since our last official issue.

The good news is that plans are underway to resume publication, so please don’t unsubscribe now, I assure you that this current missive is an aberration, and we will soon resume our regularly scheduled content.

What can I say? Why such a long hiatus? Adjustments needed to be made, as the newsletter was using too many words! Who could possibly read them all? There were always more words than subscribers. An extremely large word to subscriber ratio … I was always so proud of that stupid ratio, until the day that it left me wordless. For every new subscriber that was added, the challenge was to add 50 more words to the next newsletter. Tragically, so many words were used one time and discarded after publication, when they could have been reused, recycled, or at least repeated. I knew that the word consumption was unsustainable, and that writer’s block was inevitable, but I was arrogant and reckless … and dare I say, cocky and corny when my intent was to be cheeky and cheesy. It was a superfluous sentence fragment akin to the last which depleted my vocabulary reserves and left me inarticulate.

But seriously, I’d have to describe what happened as writer’s block and Parkinson’s induced apathy. 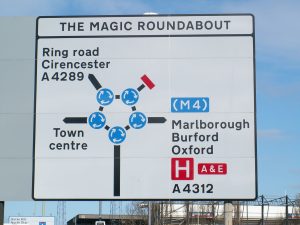 #1 – Lost In The Inner Circle of Thought:
I was trapped near the inner circle of thought. I knew that being apathetic was a pathetic way to be, but I didn’t care. If there was any hope for escape, I had to think fast … literally. If I didn’t get my thoughts racing faster and faster, I would never be able to achieve escape velocity. A panic attack might be my only way out.

Read “#1 – Lost In The Inner Circle of Thought”

The above paragraph became my escape from writer’s block, and the opening chapter of a book, or at least a series of goofy essays that I am christening 2021: A Parkinson’s Odyssey (or Oddity?). This opening gambit, which was carefully wordcrafted from an artesian wellspring of “playfully pompous prose” ™, transitions into a vivid fever-induced dream sequence involving Chevy Chase, a European vacation, the magic roundabout in Swindon, a Tesco trolley (grocery cart in American English), a talking eggplant (mouthy aubergine in British English), a Grand Funk Railroad 8-track tape (no translation available), and a mysterious emoji wingman (🍆🦅).

I even made it through the whole chapter without mentioning Parkinson’s once, which was a minor victory for my writing efforts. However, that whole “inner circle of thought” is a metaphor about PD related apathy and lack of motivation, but let’s not overthink it yet, as it is more entertaining when it is viewed in the context of a delusional authorship.

Read “#1 – Lost In The Inner Circle of Thought” 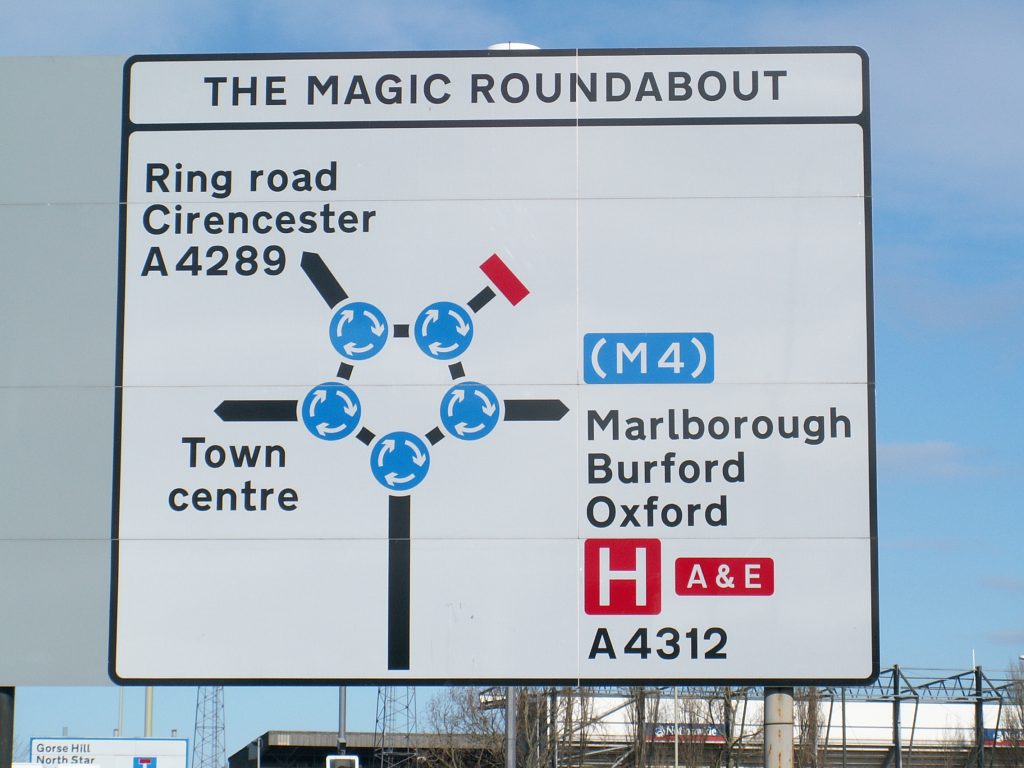 If you find any of this interesting or entertaining, please share it and pass it on to someone who might need a distraction. And if you hate it … well … I just hope that I didn’t interrupt you in the middle of something really important. I always worry that somewhere out there, there is a research scientist who is extremely close to a cure for Parkinson’s … and they just happen to be on this mailing list … and this e-mail arrives at a critical moment in time …. and completely derails their train of thought … years of research all for naught … and I’m still stuck with Parkinson’s, only now it’s my fault. But I guess if you’re still reading this sentence, then I guess that I didn’t catch you in the middle of anything too important.

Like Homer’s original odyssey, this odyssey is epic. “Epic” is a warning label that is affixed to many classic works of literature, which means that the most notable attribute of the narrative is that it is extremely long. In modern internet lingo, we say “TL;DR” or “too long; didn’t read”. 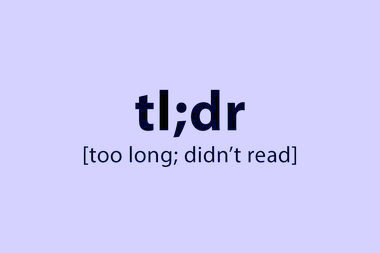 [2021: A PD Odyssey] Preface - TL;DR
I’ve always wanted to be a writer. People say that I have a way with words, but most will argue that my way is demeaning to the words, not to mention an exercise in futility for both the reader and the writer. I am a word bender, perhaps the last of my kind. I bend and manipulate words not for any greater good, but often solely for my own pleasure. I am a legend in what is left of my own mind.

Find out why people are saying: “It’s too long and I didn’t read it. But some of the songs on the soundtrack are ok … I can’t say I hated it.” 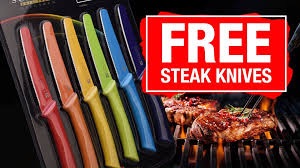 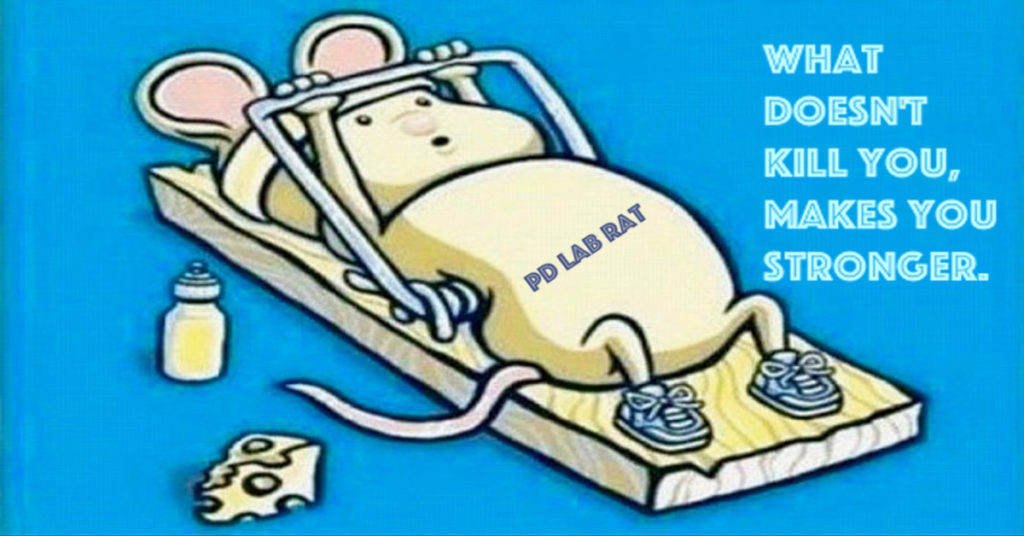 2021: A Parkinson’s Odyssey (or Oddity?)
The essays, or chapters, that will follow are an exercise in creative writing that attempts to simultaneously entertain and enlighten ... with an epic tale of an extraordinary journey with Parkinson's disease …  carefully wordcrafted from an artesian wellspring of "playfully pompous prose" ™ ... and based on a mostly true story that is interwoven with a tapestry of philosophical meanderings of variable profundity, irrational nonsense, absurdity and the occasional insight that makes you say hmm ....

We Now Return To Our Our Regularly Scheduled Programming, Already In Progress

In other words, we return to silence … for now.

But, the imaginary steak knives are yours to keep. Happy New Year!