Weekly Update – Highlights include: World Parkinson Congress 2019 heads to Kyoto, Japan for the epic battle of “Parkinson’s Disease vs. Chopsticks – Will We Go Home Hungry?”; focused ultrasound and PD; NIH awards $3 million grant for 5-year PD exercise study; deteriorating financial skills, dementia and brain plaques; hockey pucks for Parkinson’s; inspiring people with PD; how DBS changes lives for the better; does PD cause low testosterone or is it something else; PD exercise programs in the news and more… 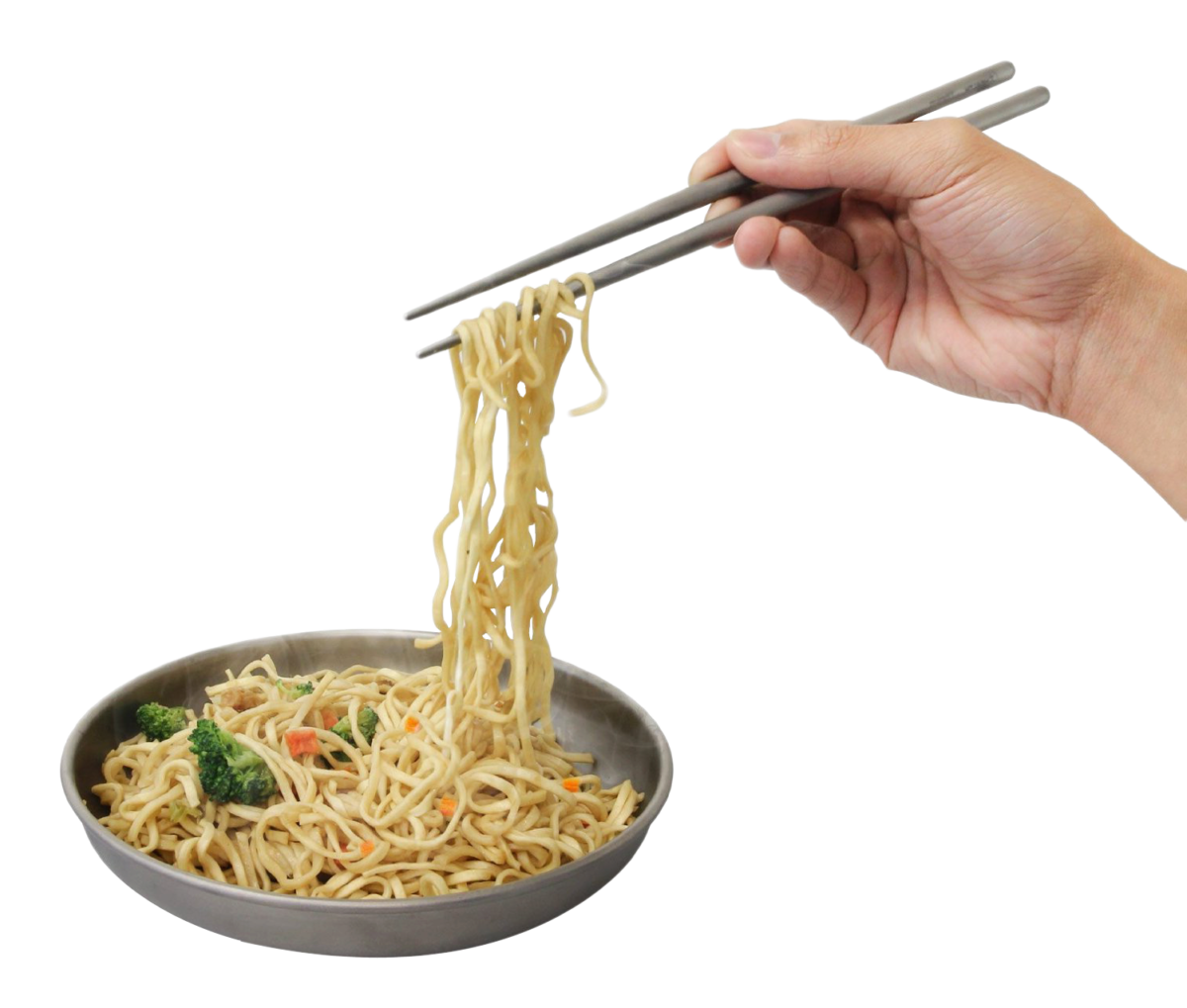 The global Parkinson’s community is in final preparations for the triennial World Parkinson Congress. Every 3 years, medical professionals, neurologists, physical therapists, researchers, charities, support organizations, patients, caregivers, and pharmaceutical reps get together to review the latest research, clinical practices and patient/caregiver initiatives. This year, the conference is in Kyoto, which presents a unique challenge for those of us with Parkinson’s – chopsticks. We refuse to go home hungry!

We’ll be there, and will have more to report over the next several weeks. (If you’re at the event, look for us in the poster hall at at space P41.26.)

In the meantime, the Parkinson’s Foundation is previewing their presentations here:
https://parkinson.org/blog/research/Parkinsons-Foundation-to-Share-Research-Findings-at-World-Parkinsons-Congress

And the Michael J. Fox Foundation is previewing their presentations here:
https://www.michaeljfox.org/news/mjff-heads-world-parkinson-congress

Focused ultrasound is frequently featured in the news as a treatment for Parkinson’s Disease tremors, but it is relatively new, and many people with PD are either unaware of it, or confused about how it differs from Deep Brain Stimulation.

Before Deep Brain Stimulation (DBS) became a proven therapy, there were two surgical procedures that were sometimes used to treat PD.  A thalamotomy is where an area of the thalamus in the brain is surgically destroyed, which can lessen tremors. A pallidotomy is where an area of the globus pallidus in the brain is surgically destroyed, which also helps tremors, but is primarily done to treat dyskinesias. If you read Michael J. Fox’s autobiographies, you’ll recall he had a thalamotomy back in 1998. DBS was approved for PD in 1997, and quickly proved more popular, as it is not destructive. DBS targets the same areas of the brain as these other procedures, applying electrical stimulation instead.

The problem with DBS is that it is a surgical procedure. Especially for older patients with additional health considerations, the risks and recovery time may rule out DBS. Focused ultrasound provides a new way to perform the older procedures, but without surgery, which makes it viable for patients where DBS presents more risk. Focused ultrasound is also less expensive.

Currently, in the US, focused ultrasound treatment for PD is approved only for a single side of the brain, making it effective primarily for people with tremors on one side of the body. Bilateral (both sides) has mot been approved because of high potential for side effects affecting cognition, swallowing and speech.

In another interesting development, last week, researchers revealed an exciting new application for focused ultrasound, using ultrasound waves to temporarily open the blood-brain barrier to allow treatments to enter the brain. The blood-brain barrier (BBB) is a shield of blood vessels that protects the brain from germs and threats that are circulating in the bloodstream. The blood-brain barrier’s purpose is to keep the brain healthy by keeping infection out. The problem is that it is extremely effective at preventing many promising drug therapies from reaching the brain when administered orally. It will likely be years before we see therapies that take advantage of this breaching of the blood brain barrier, but it is exiting to see how this could enable new therapies. For more details, see this research study:
https://www.ncbi.nlm.nih.gov/pubmed/31136023?dopt=Abstract

In the nearer term, focused ultrasound  therapy is a viable treatment for PD tremors in some individuals, although the one side only restriction is somewhat limiting. If you’re interested in reading  more, WebMD recently published a good article on focused ultrasound:
https://www.webmd.com/brain/news/20190529/breaking-the-ultrasound-barrier-to-fight-disease The National Institutes of Health has awarded Cleveland Clinic researcher Jay Alberts, Ph.D, a 5-year, $3 million grant to conduct a multi-site clinical trial to study the long-term effects of aerobic exercise on slowing the progression of Parkinson’s disease. Alberts has been a pioneer in PD exercise research. This research will build upon previous work done by Alberts and his team. They recently completed a 100-person in-laboratory randomized clinical trial, and results showed an 8-week high-intensity aerobic exercise program significantly improved global motor function and specific aspects of walking and cognitive function in patients with Parkinson’s. There is a need for research of longer term exercise intervention in Parkinson’s Disease, and this new study aims to determine if long-term, high-intensity aerobic exercise can slow the advancement of Parkinson’s disease. Cleveland Clinic and University of Utah will recruit 250 Parkinson’s patients who will be randomized to a high-intensity home exercise or usual and customary care (UCC) group. The CYCLE Trial exercise group will utilize indoor cycling bikes from fitness technology company Peloton.
https://www.eurekalert.org/pub_releases/2019-05/cc-na052919.php

Measuring the amount of alpha-synuclein in tiny vesicles collected from blood serum may help diagnose early Parkinson’s and identify patients with different types of this disease:
https://parkinsonsnewstoday.com/2019/05/29/alpha-synuclein-blood-serum-early-parkinsons-biomarker-study/

Aging adults often show signs of slowing when it comes to managing their finances, such as calculating their change when paying cash, balancing a checkbook, or leaving a tip at a restaurant. These changes happen even in adults who are cognitively healthy. But trouble managing money can also be a harbinger of dementia and, according to new Duke research in The Journal of Prevention of Alzheimer’s Disease, could be correlated to the amount of protein deposits built up in the brain. Testing revealed that specific financial skills declined with age and at the earliest stages of mild memory impairment. The decline was similar in men and women. After controlling for a person’s education and other demographics, the scientists found the more extensive the amyloid plaques were, the worse that person’s ability to understand and apply basic financial concepts or completing tasks such as calculating an account balance.
https://neurosciencenews.com/dementia-money-management-14105/

We try not to get too excited about research studies that primarily involve in vitro (controlled environment outside of a living organism), but a few people have pointed out another Vitamin B12 study that was reported by Parkinson’s News Today, where Vitamin B12 shows promise in breaking down clumps of¸alpha-synuclein: https://parkinsonsnewstoday.com/2019/05/30/vitamin-b12-may-protect-nerve-cells-alpha-synuclein-clumps/

The World Parkinson Congress has a video competition for inspiring Parkinson’s videos. The winner will be announced next week, but all 12 finalists all have stories worth sharing: http://parkinson.fit/world-parkinson-congress-2019-video-competition/ Scott Carlisle was diagnosed with Parkinson’s disease 5-1/2 years ago. Playing hockey is an activity helps him with movement and balance. He and his brother Royce started the Pucks for Parkinson’s Foundation in Ames, Iowa, to raise money for PD research, and promote awareness for the importance of exercise and physical activity, such as hockey, to improve Parkinson’s symptoms:
https://whotv.com/2019/05/31/man-uses-hockey-to-help-others-with-parkinsons-disease/

David Sangster was diagnosed with young onset Parkinson’s Disease 8 years ago at the age of 29, and has been extremely active as an advocate for Parkinson’s issues in the UK. Worsening motor symptoms and Dyskinesia led him to consider Deep Brain Stimulation (DBS). Last week, he shared a powerful before and after DBS video:

It took Fred Schwab over 10 years to figure out that symptoms he was experiencing were actually Young Onset Parkinson’s Disease. Since diagnosis, he’s focused on exercise, especially with a local Rock Steady program. This morning he’s competing in a triathlon in Pittsford, New York to raise funds for PD research, and awareness for the importance of exercise to improve Parkinson’s symptoms: https://www.whec.com/news/man-with-parkinsons-disease-to-compete-in-pittsford-triathlon/5372853/

Three years ago, Jonny Acheson, a doctor based in Leicester, UK, decided to “draw the story of his diagnosis”. Since then, he has been sketching out his Parkinson’s symptoms, as well as using them to produce a series of short films about the condition – one of which is from the perspective of his nine-year-old daughter.  Parkinson’s Life talks to Jonny about the difficulties of working in a busy emergency room with Parkinson’s, how his faith gives him strength – and what a child’s perspective can reveal about the condition: https://parkinsonslife.eu/parkinsons-through-my-9-year-old-eyes/

BBC News reporter Rory Cellan-Jones was reporting from Covent Garden, giving a report as  the first ever news broadcast using a public 5G network in the UK. After millions of viewers tuned in to watch the event on BBC Breakfast, a handful of people noticed his shaky hand. Their comments prompted the journalist to reveal that it was a physical symptom of his recently diagnosed Parkinson’s Disease. Cellan-Jones wrote on Twitter: “A couple of people have noticed my hand shaking in my live 5G broadcast today. So seems a good time to reveal that I’ve recently been diagnosed with Parkinson’s. I’m getting good treatment and the symptoms are mild right now – so I’m carrying on as normal. Onwards and upwards!” His diagnosis and openness in discussing Parkinson’s Disease is inspiring others:  https://www.bbc.co.uk/news/amp/entertainment-arts-48458468

Blogger Rick Copple has been extremely satisfied with his Deep Brain Stimulation experience, but less than satisfied with Parkinson’s effect on his sex drive. This can be an awkward topic, but Rick has some interesting insight, which thankfully it is not at all graphic. He had convinced himself that Parkinson’s was causing low testosterone levels, but in the end, this was not the case, and his issues appear to have more to do with low dopamine: http://rickspdjourney.blogspot.com/2019/05/low-t-update.html

We’re fascinated by dopamine, especially with the boundaries between its neurological and psychological roles, like we explored in our presentation on the placebo effect . When it comes to dopamine, I guess that as the old adage says, we always want what we don’t have.  We stumbled across a research journal article from 2 years ago with some interesting thoughts: “The Missing, The Short, and The Long: L-Dopa Responses and Dopamine Actions“. Of particular general interest is a review of previous research that explored how some effects of levodopa were experienced shortly after taking a dose, other effects did not occur until several days after reaching stable daily levodopa doses.  These different levodopa effects are characterized as short duration response (SDR) and the long duration response (LDR). From that general interest starting point, the authors dive deep into exploring dopamine’s roll in the crossroads of neurology and psychology: https://www.ncbi.nlm.nih.gov/pmc/articles/PMC5526730/