This Week’s Highlights: Is Laughter Still The Best Medicine – Carbidopa/Laughodopa Therapy; Best Blogs from World Parkinson Congress 2019; Gut bacteria ate my Parkinson’s meds; magnetic button adapters; Performing DBS while you sleep (the patient that is, not the surgeon); what is the glymphatic system; somatic genetic mutations; PD Summer School; 50-state Rock Steady Boxing Tour; Ping Pong Parkinson; What’s in the pipeline for PD; Hype or Hope for treatments in the news; and more 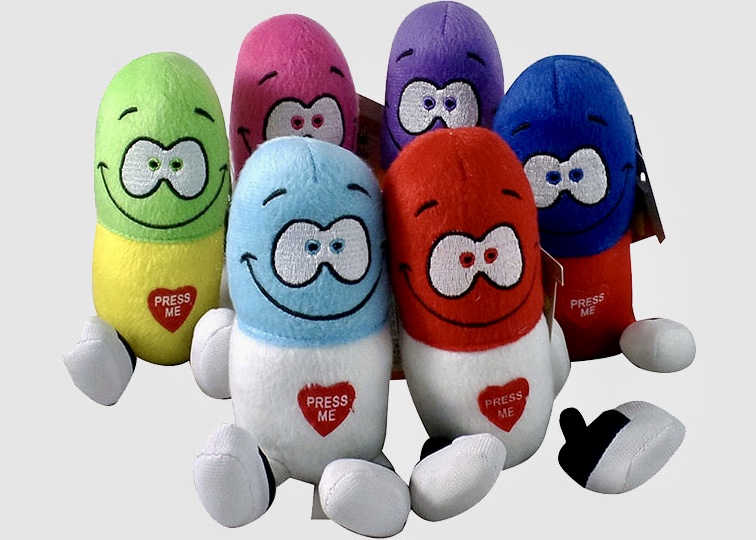 Someone once told me that laughter was the best medicine. I think it was the claims reviewer at my health insurance provider. Gavin Mogan has lived with Parkinson’s for 11 years, and he’s sharing his breakthrough carbidopa/laughodopa therapy.  None of us chose PD, but we can choose ways we respond and adapt to it, and sometimes the best, and only sane choice, is to laugh. Join Gavin as he recounts jokes and stories that show that while we may not know each other by name, we actually do know each other like one big PD family:
http://parkinson.fit/carbidopa-laughadopa-one-pill-to-rule-them-all/ World Parkinson Congress 2019 in Kyoto was educational, inspirational, and a great excuse to visit Japan again. And in 3 years time, it’ll give us an excuse to return to Barcelona for WPC 2022. What did we learn this time? I mean, aside from the fact that serving lunch at a Parkinson’s Disease conference with chopsticks as the only utensil is a sick and twisted form of torture.  We’ve highlighted some of the best official and unofficial blog reports from the conference:
http://parkinson.fit/world-parkinson-congress-2019-blogs/

The dog ate my homework, and gut bacteria ate my Parkinson’s meds. I’m glad it wasn’t the other way around. In spite of my poor attempt at humor, this is one of the most interesting scientific discoveries related to Parkinson’s Disease so far this year. No, it does not bring us any closer to a cure, but it is of practical significance because it identifies a naturally occurring scenario that can severely limit the effectiveness of levodopa, which is still the gold standard medication for the treatment of PD symptoms.
http://parkinson.fit/gut-bacteria-ate-my-parkinsons-meds/

We hate buttons on clothing, and I mean really hate them, especially those arm cuff buttons on a button down shirt. I mean, what the hell? So, naturally we are intrigued by the following ABC News report. Gina Adams, a mother of two in Michigan, saw firsthand the toll that Parkinson’s disease took on her stepfather, especially when he was unable to do everyday things like button his own shirt. Adams is the founder and CEO of Wareologie, a company that designs products for people with disabilities. The startup’s first product is Buttons 2 Button, magnetic adapters that can be attached to button-down shirts.
https://abcnews.go.com/GMA/Wellness/mom-creates-magnetic-buttons-family-member-disability-struggled/story?id=63690017

Fox 4 News Kansas City chronicles the Deep Brain Stimulation surgery (DBS) experience of Brian Richards, detailing the extent to which the surgery has improved his quality of life. Also of note, his surgery was performed with him being asleep, which is a new trend, as most patients have been kept awake during the surgery.
https://fox4kc.com/2019/06/21/asleep-deep-brain-stimulation-changing-lives-of-hundreds-of-patients-with-parkinsons-disease/

How does your brain take out the trash? This article explains recent research into the glymphatic system, which is the brain’s dedicated waste clearance system. https://www.medicalnewstoday.com/articles/325493.php

The Tomorrow Edition has a thought provoking article on somatic genetic mutations and their possible contribution to PD risk. The article proposes that not all genetic causes of PD are inherited; some are likely associated with somatic genetic mutations.  As a human being develops, early cells differentiate into different types of tissue that are destined to create different parts/systems in the body.  Somatic mutations that occur, both during and after development, lead to groups of cells in your body that do not have the same DNA.  Unfortunately, we do not have a good idea of how large the impact of somatic mutation is in PD, nor do we have an effective test to identify the mosaic of somatic mutations in any given patient.
https://tmrwedition.com/2019/06/18/genetics-in-pd-more-than-what-you-inherit/

Parkinson’s nutrition researcher Laurie Mischley and her team at Bastyr University are preparing for PD Summer School. The PD Summer School will include 20 hours of classroom instruction, and individual and group activities, such as meditation, cooking demonstrations, chair massages, and yoga. There will be a field trip to a cannabis dispensary. Participants also will receive personalized recommendations based on the results from required lab tests completed prior to the start of classes.
https://parkinsonsnewstoday.com/2019/06/19/progressive-pd-summer-school-gearing-up-bastyr-university/

Congratulations to Jon Pawelkop, who just completed his goal of visiting a Rock Steady Boxing affiliate in every one of the 50 states. Jon believes in the Rock Steady program and wanted to spread the word about how RSB is changing the lives of thousands of people with Parkinson’s. Read about his journey via his Facebook group: https://www.facebook.com/groups/625146757836705/

From the first time I saw stories about Ping Pong Parkinson, I was sold. I’ve always enjoyed ping pong, even though I’m horrible at the game, and I spend 90+% of the time chasing the ball around the room. So, come to think of, I’m not really sure that I do like ping pong. I like the idea of it, but chasing the little ball around the room, and especially when the ball rolls under a piece of furniture…that is not so much fun.

But I do have fond memories of ping pong in my youth, playing in my friend Jimmy’s basement when I was nine years old. So, I think I could learn to love ping pong again. It would be great to find a group of people with Parkinson’s locally where we could get together once a week to play. But more importantly, we’d need to find a facility with room for tables.

In Pleasantville New York, Nenad Bach leads a group called Ping Pong Parkinson, which meets once a week to play ping pong to challenge and improve their coordination and fine motor skills. If you have a local table tennis facility, you might want to talk to Nenad for advice on starting a ping pong program for Parkinson’s: https://pingpongparkinson.com

The most covered Parkinson’s research news story last week was about a King’s College London study that found early signs of Parkinson’s in brain scans. I believe that early detection via biomarkers is a priority area of research, but I fail to see why this study has received so much news coverage. It is based on brain scans of 14 people who all have rare mutations in the SNCA gene, making them almost certain to develop PD. This particular mutation is responsible for an extremely small percentage of PD diagnoses, and there is no evidence that a wider selection of PD diagnoses first experience the dysfunction discovered by these brain scans. Bottom line: this is an intriguing study, especially as it suggests a serotonin related dysfunction prior to the dopamine dysfunction characteristic of PD, but it is not particularly newsworthy at this stage. BBC News report: https://www.bbc.com/news/health-48691633

Professor Simon Lewis, a neurologist and researcher in Australia has some great informational videos on Parkinson’s related topics at http://www.profsimonlewis.com. In a recent video, he presents an overview of what he sees in the pipeline for new Parkinson’s treatments.

Hype or Hope? The Parkinson’s Pill

For the past 8 months, it seems that at least every other week, someone either forwards me this news story or brings it up in conversation. An online newspaper in Australia ran a story titled “World-first pill may stop Parkinson’s” with a picture of Michael J. Fox, and an opening statement that reads “A new therapy that appears to stop Parkinson’s disease ‘in its tracks’ will begin phase-one clinical trials in humans next year.” The article (https://thenewdaily.com.au/life/wellbeing/2018/11/08/michael-j-fox-parkinsons-therapy/) has received over 875,000 shares and likes on Facebook, and, of course we all hope the trials will begin soon and be successful.

But it is way too soon to be excited about this particular drug.

MCC950 was identified as a potential treatment for PD by researchers at the University of Queensland (Australia). They have shown in mouse models of PD that it can stop inflammation in the brain and prevent further cell death.

An Irish company, Inflamazone has licensed the rights to develop this into a therapy for treatment in PD. They hope to begin a clinical trial in 2020, but it will be a small phase 1 trial, as initially they have to prove that it is safe for humans. For more about clinical trial phases, see our recent post about isradipine, which worked in mice, and over the course of 12 years was the subject of extensive and expensive study, but was ultimately found to be ineffective: http://parkinson.fit/forums/topic/isradipine-phase-3-study-results-expected-soon/

There are high hopes for MCC950, but one of the reasons it has not already rushed out to trial, is because more study is needed. As this article from the Michael J. Fox Foundation mentions, MCC950 has a very short life in the body, so researchers are trying to develop variations that last longer in the body:
https://www.michaeljfox.org/grant/blocking-inflammasome-induced-neuroinflammation-parkinsons-disease-potent-orally-available

It’s definitely promising, but it’s likely to be several years before it reaches phase 2 trials, which is when they’d do a bigger study involving patients at multiple locations.

There’s also some question as to whether or not PD is triggered by inflammation…that is, whether or not it is a misguided immune system response. In mouse models, where researchers have been able to create PD-like symptoms in mice, it seems to be. But humans are more complex.

Here is information from the company developing the drug:
http://inflazome.com/news-articles/2018/10/30/validation-of-a-new-target-in-parkinsons-disease-2tgpp

Here’s a video from the researchers who identified MCC950:

And if you want more detailed information, as usual, the Science of Parkinson’s website is the best resource:
https://scienceofparkinsons.com/2018/11/22/nlrp3/

The above article is far more scientific than most of us can comprehend, but I would point out that there is some interesting discussion of inflammation toward the end.

Whether or not MCC950 proves to be a magic pill for Parkinson’s remains to be seen. However, even if MCC950 fails to live up to the hype, this is a very promising area of study, and additional drug candidates are likely to be identified.

A small clinical trial at Thomas Jefferson University in Philadelphia, Pennsylvania used DaTscans to measure dopamine activity before and after 3 months treatment with NAC (N-acetyl-cysteine) supplementation. NAC supplementation has previously been found to increase glutathione (GSH) levels, a powerful antioxidant. And GSH levels have been previously found to be lower in people with Parkinson’s. This study found that weekly intravenous infusions of NAC (50mg/kg) plus oral doses (500mg twice per day) for 3 months, increased dopamine transporter binding 3.4% to 8.3%, and improved PD symptoms. The current study is behind a paywall, but we reported on an earlier study 3 years ago which reported similar results, with a 13% improvement in PD UPDRS scores: http://parkinson.fit/forums/topic/nac-shows-benefit-in-a-preliminary-clinical-trial-for-parkinsons-disease/

I’m very hesitant to endorse supplements (although I take quite a few), and this is not medical advice, but I’ve been taking NAC for almost 5 years. I don’t believe it is a cure, but the small improvements in motor symptoms that are shown by these studies offers some hope.

If you are curious about NAC, I highly recommend the article “The Yack on NAC (N-Acetyl-Cysteine) and Parkinson’s” on Frank Church’s Journey With Parkinson’s website: https://journeywithparkinsons.com/2017/05/25/the-yack-on-nac-n-acetyl-cysteine-and-parkinsons/