This Week’s Highlights: Parkinson’s humor at the supermarket checkout; more evidence that PD starts in the gut; Blue Water Navy Vietnam vets finally get disability benefits; Michael J. Fox Foundation plans to take their show on the road; brain changing benefits of exercise; Parkinson’s and Pain – is your mattress trying to kill you; Photobiomodulation and a stroll through the PD Red Light District 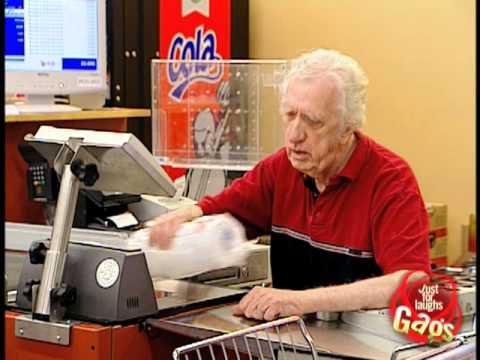 If you’re easily offended or overly sensitive about either your Parkinson’s symptoms, or those of a loved one, then I can safely predict that you will find the following video offensive. But watch it anyway, and try your best not to laugh for the next 90 seconds.

It is unfortunate that Parkinson’s Disease takes away our abilities to perform some tasks, and makes us feel more self-conscious in social situations, but don’t let take away your sense of humor. What’s funny about this piece is not the tremors, it is the facial expression of the customers and the awkward situation in which they have been placed. It’s ok to laugh.

And now for something completely different…

Evidence continues to mount that Parkinson’s Disease begins in the gut. Based on evidence in the post-mortem human brain, German neuroanatomist Heiko Braak and colleagues proposed in 2003 that α-synuclein pathology can spread from the gastrointestinal tract via the vagus nerve to the substantial nigra, where it selectively kills dopamine-producing neurons. Accumulating evidence supports this gut-brain connection, but until now, animal models have not demonstrated the spread of pathologic α-synuclein from the gut via the vagus nerve to the substantial nigra, as proposed by Braak. In this new study, Ted Dawson and co-senior study author Han Seok Ko of the Johns Hopkins University School of Medicine developed a mouse model that supports Braak’s hypothesis:
https://www.eurekalert.org/pub_releases/2019-06/cp-nmm061919.php The decades-long fight for Blue Water Navy veterans to receive VA disability benefits for illnesses linked to exposure to Agent Orange during the Vietnam War is over. On Tuesday, June 25, President Trump signed into law H.R. 299, the Blue Water Navy Vietnam Veterans Act of 2019. The American Legion-supported legislation will extend disability benefits covering medical conditions associated with Agent Orange exposure to those who served on ships off the coast of Vietnam, known as “Blue Water” Navy veterans. Veterans who served in Vietnam between 1962 and 1975 are presumed to have been exposed to Agent Orange if diagnosed with a medical condition associated with the herbicide, according to the Agent Orange Act of 1991. Presumptive diseases of exposure to the herbicide include certain cancers, Parkinson’s disease and diabetes. However, this act applied only to veterans who served on land and in Vietnam’s inland waterways. H.R. 299 extends these benefits to any military personnel who served on any vessel during the Vietnam War that came within 12 nautical miles of the coastlines of Vietnam.
https://www.legion.org/legislative/246107/president-signs-blue-water-navy-veterans-act-law 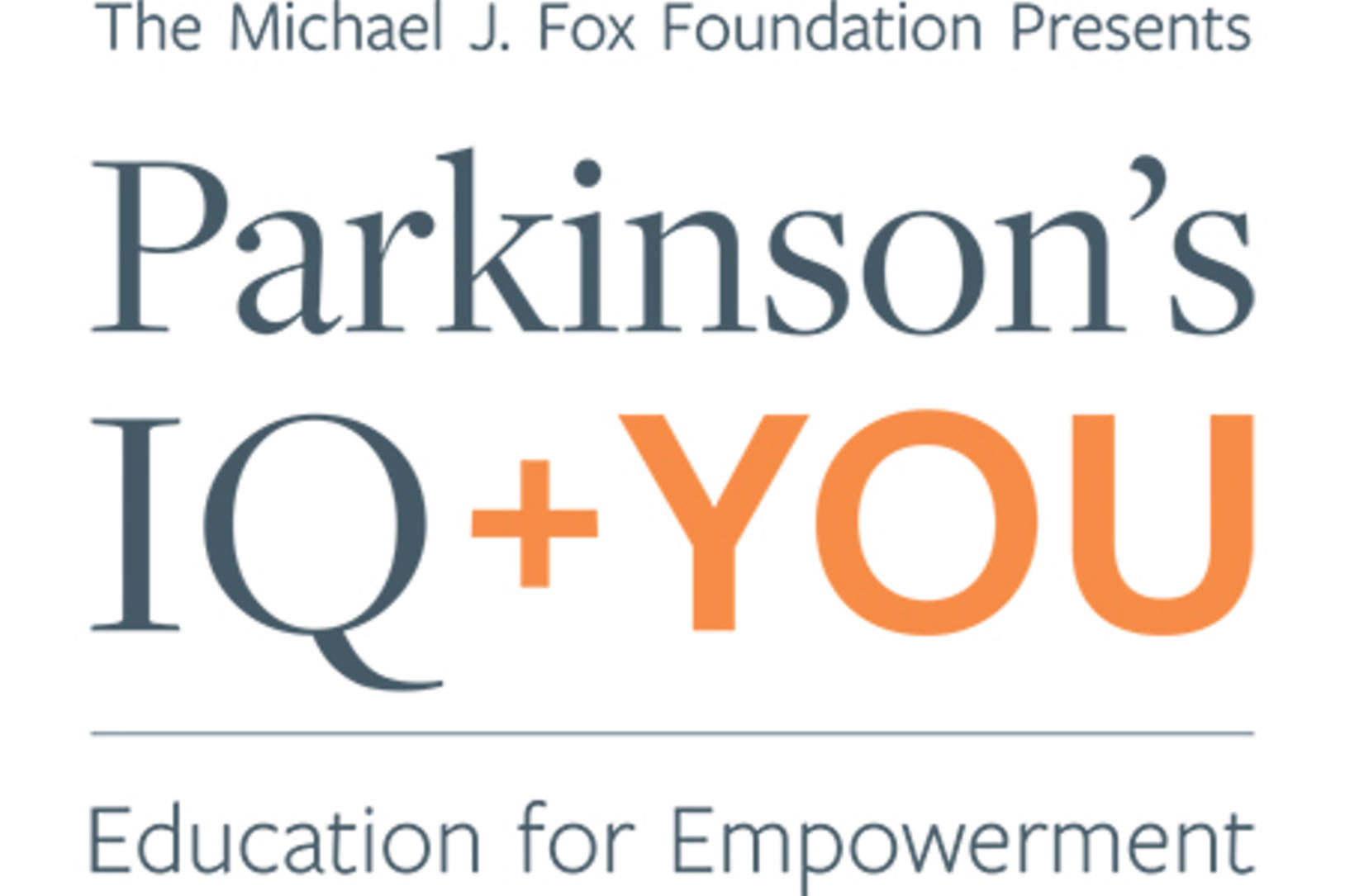 To educate and empower people with Parkinson’s and their care partners, The Michael J. Fox Foundation and ACADIA Pharmaceuticals are launching “Parkinson’s IQ + You,” a series of local events taking place in 2019 and 2020 in cities around the United States. Three dates have been announced: Atlanta, Georgia – September 14, 2019; Anaheim, California – December 14, 2019; Phoenix, Arizona – January 11, 2020
https://www.michaeljfox.org/news/mjff-launching-new-local-event-series-empower-parkinsons-community

Parkinson’s exercise studies consistently emphasize that more intense exercise offers more significant benefit and may slow the progression of Parkinson’s Disease. While not directly related to PD, New Orleans based fitness expert Mackie Shilstone points to recent UK study titled “Walking Pace Is Associated with Lower Risk of All-Cause and Cause-Specific Mortality”, which found a correlation between walking pace and mortality by any cause. Brisk pace walkers were found to have a lower risk of mortality from all-causes than slower paced walkers. (When the cause of death was “mauled by a bear”, fast paced walkers fared even better, because …well, you really only have to be faster than the other guy.) Interestingly, those with PD were excluded from participating in the study. But this study is still of interest from the perspective that higher intensity exercise provides overall health benefits, not just PD specific benefits.
https://www.wwltv.com/article/news/health/mackie-walking-faster-not-further-improves-health/289-68023c69-4af3-4ae6-a7f7-4d0d3f3f70f1
Study: https://www.ncbi.nlm.nih.gov/pubmed/30303933

On the subject of intense exercise for Parkinson’s, many local newspapers have been running a syndicated “Ask The Doctors” column that asks “Dear Doctor: A relative of mine was recently diagnosed with Parkinson’s disease. I read recently that exercise can help slow the progression, so I want to suggest it to him, but I don’t know if it’s actually true.”  The column emphasizes the importance of vigorous exercise to slow disease progression, pointing to a multi-site 6 month Study in Parkinson Disease of Exercise (SPARX) study published in December 2017. Based on score assessments, the high intensity exercise group saw no progression. The moderate exercise group saw a 7.5% increase in symptoms, while the no exercise group saw a 15% increase in symptoms. Syndicated column example:
https://www.times-standard.com/2019/06/27/ask-the-doctors-vigorous-exercise-could-slow-parkinsons-progress/
Press release from study: https://news.feinberg.northwestern.edu/2017/12/high-intensity-exercise-delays-parkinsons-progression/
Study:
https://jamanetwork.com/journals/jamaneurology/fullarticle/2664948

Speaking of exercise, Wendy Suzuki is a neuroscientist at New York University who studies brain plasticity (the ability of the brain to change over time) and how aerobic exercise can be used to improve learning, memory and higher cognitive abilities in humans. If you are not among the 3 million people who have already watched her video “The brain-changing benefits of exercise”, you might find her video enlightening. (And don’t forget that caregivers need exercise too.)

Previous studies have shown that people with PD have lower levels of nicotinamide adenine dinucleotide (NAD), a co-enzyme required for the production of energy in cells. Parkinson’s News Today reports on a mouse study where NAD was injected directly into an area of the brain, and was found to reduce symptoms and prevent neuron loss.
https://parkinsonsnewstoday.com/2019/06/28/cellular-respiration-compound-may-ease-symptoms-reduce-neuronal-loss-study-finds/

I’m not ready to try NAD brain injections at home. However, nicotinamide riboside (NR) is one of the supplements that I take personally. There are no guarantees that it reaches the brain, and this is not medical advice, but studies do show that NR supplementation can increase NAD levels.
https://www.nature.com/articles/s41467-018-03421-7 Is pain a symptom of Parkinson’s Disease or is it associated with other conditions? We suspect it’s a mixture, but we know from first hand experience that whatever the cause, it greatly contributes to slow movement. When I returned home after a recent 2-1/2 week trip, I had the revelation that my 10 year old Posturpedic bed was trying to kill me.
http://parkinson.fit/forums/topic/parkinsons-and-pain-mattress/

And finally, now for something really different… Speaking of Parkinson’s and pain, last weekend, I began a 3 times per week, full-body Red and Near-Infrared Light Therapy (Photobiomodulation) treatment with a local chiropractor. My primary objective is relief of muscle pain, soreness and. inflammation which may be directly or indirectly related to my Parkinson’s condition. I am also aware of the group of PD sufferers in Australia who are experimenting with red light hats for treating PD symptoms, and am curious if I will see any effect on either PD or muscle pain/soreness. I am also aware of the power of the placebo effect. I will be sharing my thoughts and observations in a series of posts that I am calling “The Red Light District”:
http://parkinson.fit/photobiomodulation/ One of the most intriguing PD stories of the year has been an unusual fashion trend taking place in Tasmania (Australia). Wearing a red light bucket on your head for Parkinson’s is literally turning heads in Tasmania. The treatment is known as photobiomodulation. It is experimental and unproven. It does not claim to cure Parkinson’s. The people who have been experimenting with this technology claim to see slow and subtle improvements in PD symptoms over time. It is not a double-blind study, and it is possible a placebo effect is responsible for any improvements. We’ve updated our earlier coverage of this story with more details:
http://parkinson.fit/wearing-a-red-light-bucket-hat-on-your-head-for-parkinsons/