Weekly Update – Highlights include: Mayo Clinic researchers explore the relationship between low levels of Vitamin B-12 and Parkinson’s; appendix removal might or might not affect Parkinson’s risk; monkey butt research finds PD related proteins linked to inflammation; impulse control disorders and PD; Pharmaceutical News from the Annual Meeting of the American Academy of Neurology; technology targets freezing of gait; creating your own placebo effect; inspiring people with Parkinson’s talk boxing, DBS and poetry; and more. 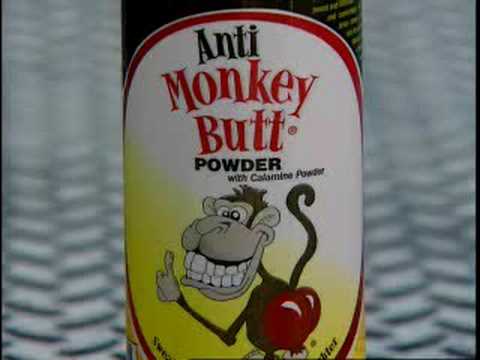 Highlights include: Mayo Clinic researchers explore the relationship between low levels of Vitamin B-12 and Parkinson’s; appendix removal might or might not affect Parkinson’s risk; monkey butt research finds PD related proteins linked to inflammation; impulse control disorders and PD; Pharmaceutical News from the Annual Meeting of the American Academy of Neurology; technology targets freezing of gait; creating your own placebo effect; inspiring people with Parkinson’s talk boxing, DBS and poetry; and more. Mayo Clinic published a research commentary that analyzes the relationship between low levels of Vitamin B-12 and Parkinson’s Disease. While the paper does not prove causality, it does “propose that vitamin B12 supplementation could be considered as an adjuvant approach to improve cholinergic transmission and, potentially, motor and cognitive function in patients with PD.” And it makes a case for “future clinical trials of high-dose vitamin B12 supplementation as a well-tolerated symptomatic adjunctive therapy for posture and gait instability and cognitive impairment in PD.” Read more:
http://parkinson.fit/forums/topic/mayo-clinic-report-on-low-vitamin-b-12-and-parkinsons-disease/

The story that generated the most headlines last week was a review study that concluded that people who have had their appendix removed were 3 times more likely to develop Parkinson’s Disease. While that sounds worrying, it basically meant that the odds of developing PD jumped from 0.3% to 1%…significant, but not what I’d call a smoking gun…especially when just a few months ago, a European study found the opposite. Yawn…boring. But if you must read about it, this Fox Foundation article has info about these conflicting stories:
https://www.michaeljfox.org/foundation/news-detail.php?the-appendix-what-the-link-to-parkinson

Researchers at the University of Wisconsin Madison were playing a game of “smell my finger” with a group of monkeys when they realized something. (I’m told that’s not exactly how it happened.) They were able to detect chemical alterations (phosphorylated alpha-synuclein) similar to abnormal protein deposits in the brains of Parkinson’s patients in the intestines linings of monkeys with inflamed bowels. This is interesting because it adds support to the idea that inflammation may play a key role in the development of PD. Longer term, if this was found to correlate as a PD biomarker in humans, PD detection could be offered in conjunction with a regular colonoscopy.
More details: https://neurosciencenews.com/parkinsons-monkey-gut-inflammation-13066/

That last story reminds me of when my kids were younger and they were fond of asking me “You know what?” When I’d dutifully reply “What?” They would enthusiastically reply back “Monkey Butt!” To think that somewhere in Wisconsin, a similar dialog exchange may have inspired that research study. In which case, I’m going to propose that a follow-up study should evaluate a promising drug candidate that can not only treat inflamed monkey bottoms, but just might cure Parkinson’s: Anti Monkey Butt Powder.

Impulse control disorders (ICDs) are a frequent side effect of dopamine agonist medications that are sometimes used to treat Parkinson’s Disease, in some cases leading to serious financial, legal and/or devastating  psychosocial consequences. An article from Argentinean neurologists provides a great overview of ICDs, allowing you to become more aware of what to look out for. ICDs  involve pleasurable behaviors performed repetitively, excessively, and compulsively, with a failure to resist an impulse or temptation to control an act or specific behavior, which is ultimately harmful to oneself or others and interferes in major areas of life. The major symptoms of ICDs include pathological gambling, hypersexualtiy, compulsive buying/shopping and binge eating. The spectrum of ICDs also includes punding, hobbyism, walkabout, hoarding, and compulsive medication use.
More: https://doi.org/10.3389/fneur.2019.00351

The Micheal J. Fox Foundation issued an update to their Parkinson’s Diet Guide. While there is no one specific diet for Parkinson’s, what you eat and when can affect your medications and symptoms. The updated guide explores these topics as well as research on popular regimens (such as the ketogenic and Mediterranean diets) and Parkinson’s: http://www.michaeljfox.org/foundation/news-detail.php?updated-guide-diet-and-parkinson

The 71st Annual Meeting of the American Academy of Neurology was held in Philadelphia last week. This is a big event for drug companies to draw attention to the latest pharmaceutical studies. There were no major new advances in Parkinson’s Disease treatment, but there were a few updates of interest.

Last December (2018), the FDA approved a levodopa inhalation powder (Inbrija from Acorda Therapeutics) for intermittent treatment of OFF episodes in people with Parkinson disease treated with carbidopa/levodopa. Results were shared from an extension study of the original SPAN-PD study, showing that this levodopa inhalation powder is effective in achieving an ON state during OFF periods, as well as in gaining more dyskinesia-free ON time and lowering the daily amount of OFF time.
https://www.neurologyadvisor.com/conference-highlights/aan-2019-conference/inhaled-levodopa-effectively-maintains-on-state-in-parkinson-disease/

San Diego-based Neurocrine Biosciences presented data from two Phase III clinical trials of opicapone, a once-daily, oral catechol-O-methyltransferase (COMT) inhibitor for Parkinson’s disease. They found that patients receiving opicapone 50 mg with levodopa had a significant and sustained improvement in symptoms. The studies (BIPARK-1 and BIPARK-2) found that the combination of the drugs had a significant and sustained increase in ON time without problematic dyskinesia in Parkinson’s patients who had motor fluctuations. Opicapone is already approved in Europe since June 2016 as Ongentys by BIAL. In February 2018, Neurocrine licensed opicapone for development and commercialization in the U.S. and Canada from BIAL.
https://www.biospace.com/article/neurocrine-s-opicapone-plus-levodopa-improves-parkinson-s-symptoms/ After more than a decade of studies, the three year phase 3 clinical trial of isradipine study is complete. The study of the blood pressure drug isradipine did not show any benefit for people with Parkinson’s disease. The drug isradipine had shown promise in small, early studies and hopes were high that this could be the first drug to slow the progression of the disease. “Unfortunately, the people who were taking isradipine did not have any difference in their Parkinson’s symptoms over the three years of the study compared to the people who took a placebo,” said study author Tanya Simuni, MD, of Northwestern University Feinberg School of Medicine in Chicago and a member of the American Academy of Neurology.
http://parkinson.fit/forums/topic/isradipine-phase-3-study-results-expected-soon/#post-115567

The open-label EASE LID 2 study concludes that long-term use of amantadine (specifically the extended release formulation Gocovri from Adamas Pharmaceuticals) in conjunction with levodopa treatment may help patients optimize their levodopa regimen. In layman’s terms, this vaguely worded endorsement is due to results showing minor motor improvements in UPRDS scores after amantadine is added to an existing carbidopa/levodopa treatment plan.
https://www.neurologyadvisor.com/conference-highlights/aan-2019-conference/amantadine-may-optimize-levodopa-regimen-in-parkinson-disease-treatment/

A Cal Poly (California Polytechnic State University) student project to help a local military veteran has become a business designed to help patients with Parkinson’s disease overcome a debilitating and dangerous symptom known as “freezing of gait.” De Oro Devices, based in San Luis Obispo, California, recently edged out six other startups for a $100,000 investment during the second annual Central Coast Angel Conference Pitch Competition held in April by the university. While working on the project as part of the Quality of Life Plus (QL+) program, which pairs the challenges of wounded vets with student projects, student Sidney Collin piggybacked on research showing that audio and visual cues can interrupt freezing of gait to re-establish the brain-body connection and restore mobility. While those features were integrated into existing devices, they couldn’t be added to a person’s cane or walker. And other devices didn’t provide on-demand cueing. “It was either always on or always off, and that was a problem for a lot of people,” Collin said. The device, called the Gaitway, is slightly bigger than a computer mouse and easily attaches to a cane or walker. When a patient gets stuck, he or she can activate an audio cue (a metronome beeping noise) or a visual one (a green laser line that projects on the ground), which will interrupt the freezing of gait.
http://parkinson.fit/forums/topic/device-provides-on-demand-cues-to-recover-from-freezing-of-gait/

Chinese technology company Tencent, in collaboration with UK medical start-up Medopad, has launched a clinical trial in London that aims to use artificial intelligence to diagnose people living with Parkinson’s.  40 participants will use an artificial intelligence powered mobile app to track and monitor their symptoms. The app will ask users to participate in a number of online tests, such as performing hand movements in front of their phone’s camera, that will help doctors gather information on the development of their condition.
https://parkinsonslife.eu/parkinsons-ai-trial-launched-chinese-tech-giant/ A big part of the problem in trials related to Parkinson’s Disease is that there are significant numbers of individuals that see improvement during these tests as part of the placebo group. This has fascinated me. I’ve wanted to understand this better, so that I can create my own placebo effect.

Parkinson’s Life profiled Jennifer Parkinson, who was diagnosed with young onset Parkinson’s Disease 14 years ago at the age of 32. After 4 years of worsening symptoms, she discovered boxing, and testifies “Boxing changed my way of life and gave my kids their mum back.” Jennifer now runs a non-profit boxing and fitness organization helping people with Neurological disorders such as Parkinson’s, MS, Stroke, and Traumatic Brain Injury.
https://parkinsonslife.eu/theres-a-stigma-that-if-you-dont-look-sick-then-there-is-nothing-wrong/

David Sangster was diagnosed with young onset Parkinson’s Disease 8 years ago at the age of 29, and has been extremely active as an advocate for Parkinson’s issues in the UK. Worsening motor symptoms and Dyskinesia led him to consider Deep Brain Stimulation (DBS). In a recent video, he shares his excitement about regaining control of his Parkinson’s symptoms:

Poetry is not normally my thing, but Wayne A. Gilbert’s “PD Refusenik” is an entertaining and introspective protest of a conscientious objector being asked to battle Parkinson’s. Wayne is, among other things, a lover, not a fighter. He is also a retired teacher and professor of English and of Educational Psychology. He was diagnosed with Parkinson’s in 2005 and has been writing about his experiences living with it ever since. Thanks to the Davis Phinney Foundation for sharing Wayne’s video.