Weekly Update – Highlights include: On-line Parkinson’s Exercise programs; another clinical trial treatment can’t beat the placebo; feral pigs vs. placebo; dancing with your dog; Parkinson’s choruses sing for their supper; What I Wish I Knew, But Am Glad I Didn’t Know (When I Was Diagnosed With Parkinson’s); and more 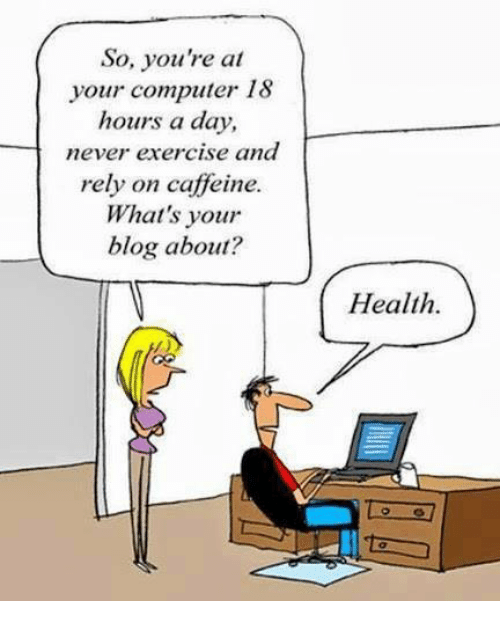 Alexander Tressor is a broadway dancer and ballet instructor who was diagnosed with Parkinson’s in 2007. He founded PDOnTheMove.com to share the exercise programs and lifestyle changes that have worked for him fight back against Parkinson’s. If you’re looking for ideas to improve or extend your home exercise routine, his website is a fantastic resource with hours of suggested workouts and a free library of individual exercises.

Gifted with a fantastic sense of humor, he also spends time as a motivational speaker for Parkinson’s groups. His 2012 video “Shaken, Not Stirred” is a YouTube Parkinson’s classic…light-hearted, entertaining and educational:

Earlier this year, Nate Coomer, founder of The Parkinson’s Fitness Project, launched The Daily Dose: an exercise program designed to benefit those with Parkinson’s Disease that can be done from the comfort of their own home, while still providing the benefit of community and guidance by a certified physical therapist. https://www.dailydosepd.com

Blog of the Week

Allison Smith, better known as The Perky Parkie, shares an insightful and entertaining look at the “on” side of “off and on” periods with PD. Admittedly, I’ve never felt the urge to dance with my dog when I’m “on”, but they both seem to be having a good time. It made me laugh…

In Indiana, your ballot can be rejected and you would never know it, according to a new federal lawsuit. The suit is challenging the constitutionality of an Indiana law that allows election officials to discard absentee ballots if they don’t think the signature on the envelope matches other signatures on file with the county. The lawsuit is filed on behalf of government accountability group Common Cause Indiana and four voters in St. Joseph County whose ballots were not counted because of questions about their signature. One of these voters, 69-year-old Mary J. Frederick, has Parkinson’s disease. “Because of her Parkinson’s, her signature becomes increasingly illegible as the day goes on, although her signature has never been questioned by her bank or anyone else,” the lawsuit says. https://eu.indystar.com/story/news/politics/2019/05/16/indiana-common-cause-absentee-ballot-lawsuit-votes-thrown-out-illegally/3691931002/

Singing For Your Supper

When an 81 year old woman who has dealt with Parkinson’s Disease for 25 years says “The chorus is the most important thing in my life,” you get a better idea of how these programs can make a difference:
https://www.telegram.com/news/20190512/singers-in-parkinsons-chorus-find-inspiration-and-meaning

On the subject of singing, a research study in Australia attempts to measure the benefits of a particular singing therapy program for people with PD: https://parkinsonsnewstoday.com/2019/05/17/singing-therapy-may-prevent-communication-impairment-parkinsons-patients/

Atlas Obscura tells the fascinating history of “The Livestock Living at the End of the World”, feral pigs that roam The Auckland Islands, a subantarctic archipelago now considered part of New Zealand: https://www.atlasobscura.com/articles/what-lives-on-auckland-islands

On the mainland of New Zealand, Living Cell Technologies (LCT) keeps a small herd of Auckland Island pigs in a secured, high-tech quarantine facility, where each one—according to Willis—is worth close to $450,000.

“Due to 200 years of isolation after they were left on the island, the Auckland Island pigs are free from viruses [and] pathogens which affect most other pigs,” says LCT CEO, Ken Taylor. While widespread pig-borne viruses have been a major obstacle in xenotransplantation, or grafting cells from animals for use in human therapies, the Auckland Island pigs haven’t been exposed to them.

Using cells sourced from the virus-free Auckland Island pigs, LCT is testing an experimental therapy for Parkinson’s Disease called NTCELL. Support cells, which secrete cerebrospinal fluid and support the natural function of the nervous system, are taken from a sedated pig’s choroid plexus and inserted in capsule form into a damaged site of the human brain. According to Taylor, the therapy is currently undergoing Phase IIb trials.

Sadly, LCT announced this week that this phase IIb trial met safety goals but not efficacy  goals. The company is “seeking advice from both our statistician and a panel of internationally recognized experts on clinical studies in Parkinson’s disease to help interpret the data further.” Of particular interest in  the press release was a curious statement referencing “6 placebo patients … in whom responses were quite varied.”
http://www.lctglobal.com/upload/news/2019/190513%20Phase%20IIb%20trial%202%20year%20results.pdf

If you missed it last week, or didn’t have time to watch a 20 minute long video, we think you’ll find our theories on Parkinson’s placebos quite interesting.

We look at this issue from a different perspective. Why are placebos more of a factor when it comes to Parkinson’s? (Spoiler alert: We think it’s dopamine.) Can we leverage what we learn about placebos to create our own placebo effects? (Spoiler alert: You’re probably already doing this to some extent.)

Placebos aren’t just in research studies, they are all around us. Understanding how and why they affect us, and how dopamine is involved, gives us additional insight into Parkinson’s Disease.

Blame It On The Dopamine

Speaking of dopamine (the neurotransmitter that we just can’t get enough of), a recent study looks at dopamine’s role in forming new memories. Could this be why your long term memory is rock solid, but you can’t remember what you ate for breakfast?

What I Wish I Knew, But Am Glad I Didn’t Know (When I Was Diagnosed With Parkinson’s)

This title sounds like something Yogi Berra might have said. Like baseball, Parkinson’s Disease is 90% mental and the other half is physical. (I think that’s actually quite a profound analysis of life with PD.)

What I wish I knew when I was first diagnosed with Parkinson’s is that a lot of people continue to lead long active lives with Parkinson’s Disease for 10 to 20 years, and even longer, and some actually lead more active and more productive lives post-diagnosis.

John Cleese once said, “Life is a terminal disease, and it is sexually transmitted.” Parkinson’s by contrast, is neither. http://parkinson.fit/forums/topic/what-i-wish-i-knew-but-am-glad-i-didnt-know-when-i-was-diagnosed-with-parkinsons/

Parkinson’s Exercise Programs in the News: