Weekly Update – We start with why strength training should be a component of any exercise protocol for Parkinson’s. Next, we find inspiration and life lessons from 6 individuals who challenge preconceived notions of Parkinson’s Disease. In research news, after more than 10 years of study, a once promising drug candidate fizzles out; an interview with the doctor behind the spine tingling research featured last week; a biomarker that will bring a tear to your eye; the latest MJFox Foundation grants. Plus, we share some of our favorite updates from Parkinson’s bloggers this week; Parkinson’s exercise programs in the news; and more. 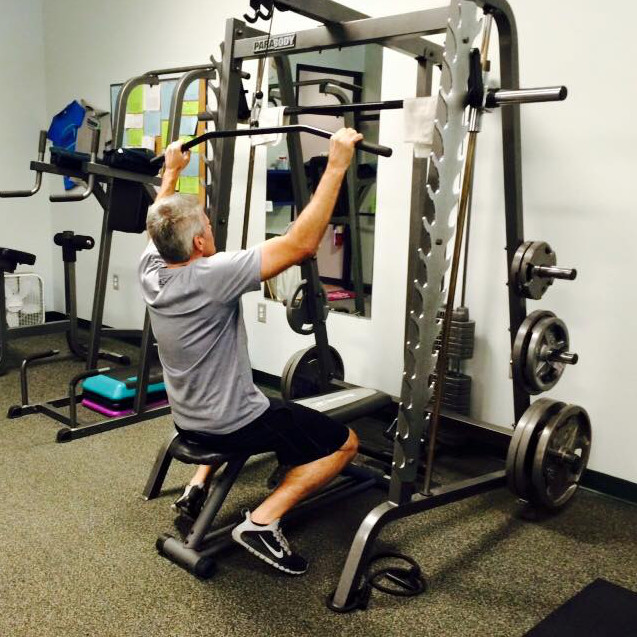 We start with why strength training should be a component of any exercise protocol for Parkinson’s. Next, we find inspiration and life lessons from 6 individuals who challenge preconceived notions of Parkinson’s Disease. In research news, after more than 10 years of study, a once promising drug candidate fizzles out; an interview with the doctor behind the spine tingling research featured last week; a biomarker that will bring a tear to your eye; the latest MJFox Foundation grants. Plus, we share some of our favorite updates from Parkinson’s bloggers this week; Parkinson’s exercise programs in the news; and more. Muscle weakness is an almost universal symptom in Parkinson’s Disease. Or is it? This is actually a topic of some debate. People with Parkinson’s certainly perceive muscle weakness, which is attributed to low levels of the neurotransmitter dopamine. The motor related symptoms of PD lead to decreased muscle usage, which compounds the problem, resulting in decreased muscle mass. Strength training exercises for all major muscle groups is a common sense strategy to counter the effects of PD.  A study from Brazil measured the effects of strength training for Parkinson’s and concluded that “Low-volume resistance training improves the functional capacity of older individuals with Parkinson’s disease”. We look at why strength training should be a central part of your exercise protocol for Parkinson’s and revisit a similar study from 3 years ago: http://parkinson.fit/forums/topic/low-volume-resistance-training-improves-function/

The Irish Independent published a profile of Robin Simons.  Diagnosed 21 years ago when he was 40 years old, he reflects on a life with Parkinson’s  that has now been half of his adult life. He explains “I am a wonder of modern medicine. Fifty years ago, there was no effective treatments to help control the ‘shaking palsy’. No Levodopa, no APO-go morphine infusion pump and no deep brain stimulation (DBS) surgical procedure. Without these interventions, I certainly would not have lived the life I have. Is medicine on its own enough to have enabled me to live a fulfilling life? I think not.” Robin offers excellent insight, advice and inspiration for all of us: https://www.independent.ie/life/health-wellbeing/i-am-a-wonder-of-modern-medicine-man-living-with-parkinsons-disease-38053644.html

Ned Neuhaus was diagnosed with Parkinson’s 6 years ago, and decided to channel his effort toward helping others by bringing Rock Steady Boxing to his community in central Illinois. Local news visited Ned’s gym last week:
https://hoiabc.com/news/peoria-news/2019/04/29/boxing-through-the-challenge-living-with-parkinsons-disease/
Ned talks about his journey accepting his Parkinson’s diagnosis on YouTube: https://www.youtube.com/watch?v=8YjxGdFRmx0

Paula Caldwell was diagnosed with Parkinson’s 14 years ago. Now in her early 70’s, she was certified as a Rock Steady Boxing coach two years ago, and has helped bring the RSB program to a local boxing gym in a suburb of Youngstown, Ohio, to help others battle PD: https://www.wkbn.com/news/local-news/boardman-woman-fighting-parkinson-s-brings-new-training-program-to-local-gym/1974905438

The Davis Phinney Foundation profiled Brian Reedy, who was diagnosed with Parkinson’s Disease 8 years ago, and explains how forced intense exercise has changed his life for the better. He tried exercising on his own, and worked with two physical therapists, but only saw continual decline in his ability. Then he found a physical therapist that pushed him hard with exercises that would challenge his deficits. They weren’t preset “Parkinson’s exercises”, they were exercises based on assessment of his abilities, that challenged him and pushed him to exceed his expectations: https://www.davisphinneyfoundation.org/blog/how-intense-exercise-changed-my-life-with-parkinsons/

American Ninja Warrior Jimmy Choi‘s story never gets old, faced with a Parkinson’s diagnosis 16 years ago at the young age of 27, he faced 8 dark years before deciding to really fight back. His metamorphosis is incredible and his journey is inspirational: https://wgntv.com/2019/05/03/how-a-parkinsons-diagnosis-changed-the-course-for-american-ninja-warrior/

Parkinson’s News Today profiled Jim McNasby, a New York City attorney who was diagnosed with Parkinson’s 20 years ago at the young age of 30. After recently having had Deep Brain Stimulation (DBS) surgery, he wonders why he waited so long. https://parkinsonsnewstoday.com/2019/05/03/lawyer-parkinsons-disease-describes-positive-effects-dbs/ After more than a decade of studies, the three year phase 3 clinical trial of isradipine study is complete. The study of the blood pressure drug isradipine did not show any benefit for people with Parkinson’s disease. The drug isradipine had shown promise in small, early studies and hopes were high that this could be the first drug to slow the progression of the disease. “Unfortunately, the people who were taking isradipine did not have any difference in their Parkinson’s symptoms over the three years of the study compared to the people who took a placebo,” said study author Tanya Simuni, MD, of Northwestern University Feinberg School of Medicine in Chicago and a member of the American Academy of Neurology. More: http://parkinson.fit/forums/topic/isradipine-phase-3-study-results-expected-soon/#post-115567

Sarah Hamm-Alvarez knows how to bring a tear to your eye. She is a tear expert and Professor of Ophthalmology at the Roski Eye Institute at the Keck School of Medicine (University of South California). Her research has identified higher levels of a protein called called oligomeric α-synuclein in tears of people with Parkinson’s, that is being evaluated as biomarkers to be used to test for Parkinson’s Disease. She spoke with MD Magazine about this biomarker research, which she presented at the 2019 Annual Meeting of the Association for Research in Vision and Ophthalmology (ARVO) in Vancouver, BC.
Part 1: https://www.mdmag.com/conference-coverage/arvo-2019/sarah-hammalvarez-phd-could-tears-hold-parkinson-biomarker
Part 2: https://www.mdmag.com/conference-coverage/arvo-2019/sarah-hammalvarez-phd-comparing-basal-reflex-tears
Part 3: https://www.mdmag.com/conference-coverage/arvo-2019/sarah-hammalvarez-phd-developing-biomarker-parkinson-disease Last week, we mentioned the promising results of a small study that is using spinal cord stimulation to restore walking functionality for advanced stage Parkinson’s patients. A Parkinson’s blogger at the Tomorrow Edition interviewed the team leader of that study, Dr. Mandar Jog, who is the director of the Movement Disorders Centre in London, Ontario and Professor of Neurology at Western University: https://tmrwedition.com/2019/05/02/interview-with-spinal-cord-stimulation-expert-prof-mandar-jog/

Public Citizen, a consumer advocacy group, has filed a lawsuit against the Food and Drug Administration for failing to act on a petition filed three years ago demanding the agency place serious warnings on a handful of drugs (dopamine agonists) used to treat Parkinson’s disease that have been blamed for compulsive behaviors. These include sudden sexual urges, compulsive eating and shopping, and pathological gambling. https://www.statnews.com/pharmalot/2019/04/29/fda-parkinson-compulsive-behavior/ 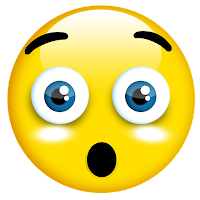 Parkie Support talks about “What I wish I had known… being first diagnosed with PD”, and offers some insights that are often overlooked. I was particularly intrigued by her comments about family, “Recognize that this may be as hard for your family to grasp as it has been for you. Some will be in denial, telling you that It’s all in your head. Sometimes because they don’t deal with illness well.” It’s an interesting read, regardless of how far you’ve journeyed since your initial diagnosis.
https://parkiesupport.blogspot.com/2019/05/what-i-wish-i-had-known-being-first.html

Mariette Robijn certainly has a way with words, and is indulging her creative muse in what should turn out to be an epic journey searching for a way out, or a way through, the Kingdom of Parkinson’s. It all begins with  getting stuck on the wrong side of a gate and a realization about collarbones. Follow the journey at
http://marietterobijn.com/kingdom-of-parkinsons/

Frank Church usually blogs about Parkinson’s research topics, but this week he’s sharing his enthusiasm for the PWR!Moves exercise program for Parkinson’s: https://journeywithparkinsons.com/2019/05/03/the-power-of-parkinson-wellness-recovery-pwr-for-parkinsons-disease-moves-gym-and-surge/