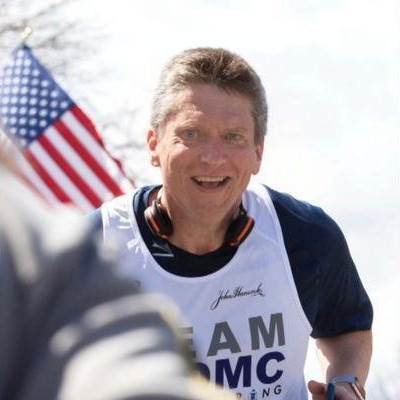 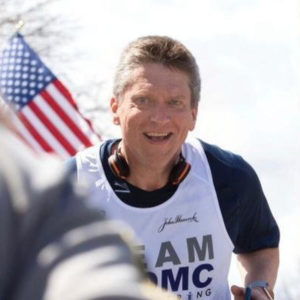 Michael Quaglia was diagnosed with PD 13 years ago, at the age of 42. This news report from NBC 10 News in Providence, Rhode Island tells his story:

“You wake up every morning and you say, ‘Hopefully, today is going to be a good day,’ If it is, you take advantage of it. If not, you do your best to just kind of rest it out if you can and exercise. The way I have been fighting this thing is I exercise like crazy.”

Now 55 years old, Michael ran side-by-side with the support of Donna, his wife of 28 years. Michael remarked, “It brought us close together. It’s tough for a spouse living someone with Parkinson’s. This gave us something that we can do together.”

64 year-old Louis Peters was diagnosed with PD 4 years ago. While he has been a life-long runner, it was only after his diagnosis that he was determined to run a marathon. He’s now completed four marathons, and is looking forward to more, including the Berlin Marathon in September.

Peters says, “If you have Parkinson’s, and there’s millions of us out there in the United States, you can still have a life. It may not be the one you’d planned on, but you can continue it.”

The original news report from Fox 4 in Kansas City is here:
https://fox4kc.com/2019/04/22/blue-springs-runner-completing-marathons-while-battling-parkinsons-disease/