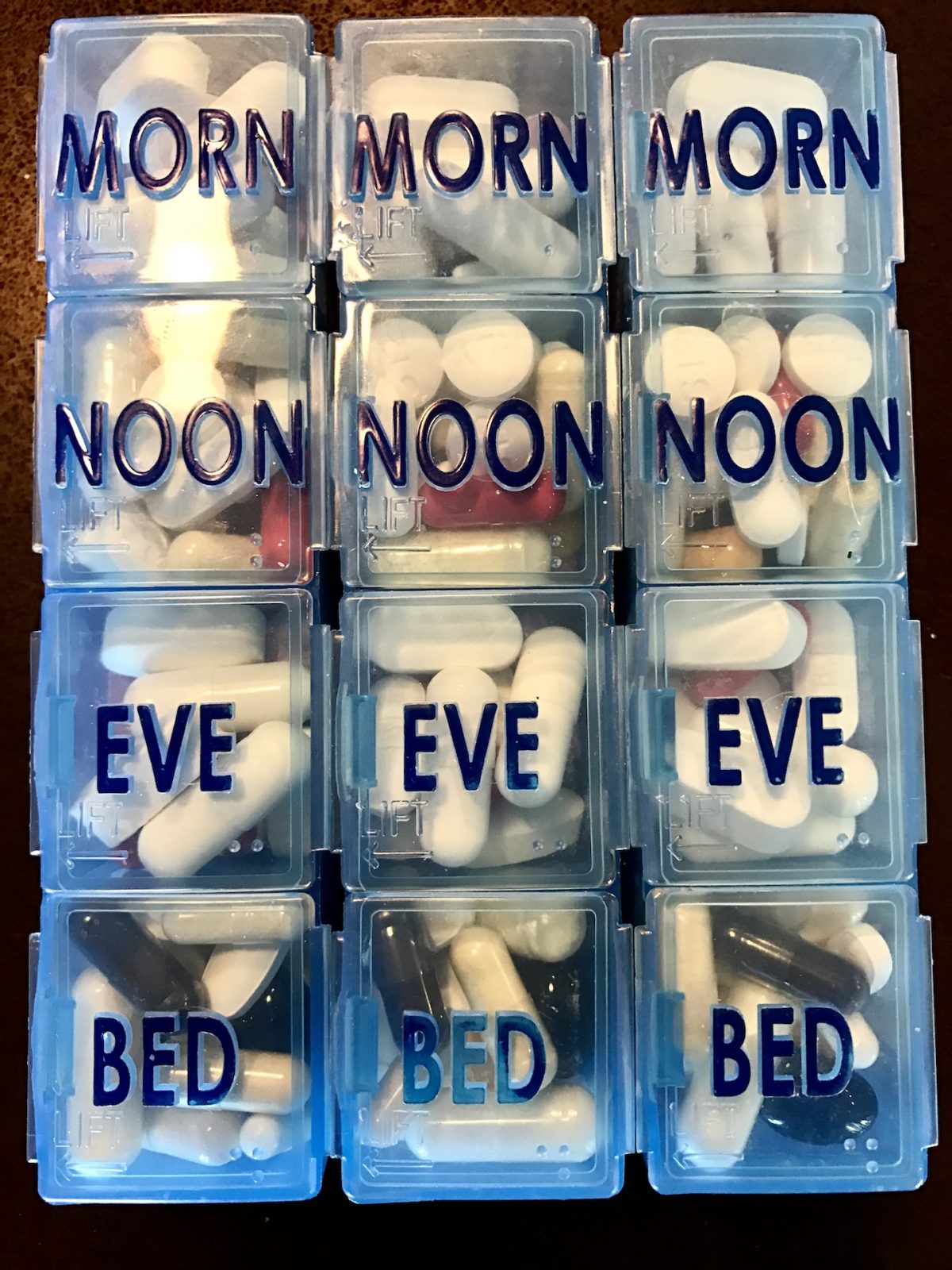 While traveling back home on a long cross country flight, I got a chance to read a fascinating book, “Suggestible You: The Curious Power of Your Brain to Deceive, Transform and Heal” by Erik Vance. The first few chapters are all about the placebo effect, and how some conditions, such as Parkinson’s Disease, are particularly prone to it. A big part of the problem in trials related to Parkinson’s Disease is that there are significant numbers of individuals that see improvement during these tests as part of the placebo group. The author uses the example of an individual (Mike Pauletich) whose neurologist witnessed dramatic improvement in his PD symptoms while taking part in the placebo group for a clinical surgery trial that, in its end result, failed to show effectiveness. Yet, Mike, who received a fake placebo treatment saw improvements that persist to this day.

In many cases, placebo groups to do as well or better than the treatment groups. This phenomenon, the PD placebo effect, is thought to occur because of the reward/release of dopamine associated with the hope and expectation that the treatment will work. This boost of dopamine eases PD symptoms.

This may also explain why some PwP attribute improvements to different unproven vitamin and supplement regimens. I’ve previously divulged my dirty little secret that I take at least 15 different vitamins and supplements. I know that I’m wasting money, but I seem to be doing quite well, so what if one of these is making a difference? Or, what if I am amplifying the placebo effect times 15?

Drug companies consider the placebo effect to be a nuisance. The fact that some people see improvement without treatment doesn’t just rule out that individual as a potential customer, it makes it harder to prove effectiveness for the treatment. Improvements in the placebo group are dismissed as spontaneous temporary remission, wishful thinking, or more often, it is thought that maybe this individual didn’t really have the disease or condition…that it was all in their head to begin with.

However, with PD, we know that there is an actual biochemical effect in the brain as part of the placebo effect, and dopamine is involved.

The above is somewhat old news in PD research, but here’s where it gets more interesting, with newer theories discussed in Erik Vance’s book…

COMT is an enzyme that is responsible for breaking down dopamine after it has been used (normally the brain will just keep making more). People with a particular genetic variation (about 25% of the population), produce a COMT enzyme that is far less effective in breaking down dopamine. These people tend to have more active dopamine in their system, and there are studies that associate common personality traits with these individuals, based upon how environment and experiences have shaped them.

In clinical trials for a number of conditions, individuals with this genetic variation comprise most of the group that responds positively to the placebo. Harvard researcher Dr. Kathryn Hall has published several reports on this subject. She has coined the term placebome to refer to the study of genomic effects on placebo response.

And this is where it gets personal…

I recognize this COMT genetic variation all too well. I had the 23andme.com DNA test done a couple years ago, since it is free if you have PD. One oddity that stood out to me was COMT V158M rs4680 met/met (A/A). A couple of the services that analyze the raw DNA data flagged this and told me that this built-in COMT inhibitor meant that I had high levels of dopamine and was very unlikely to have PD. Lucky me.

So, here’s a thought: If we accept that this COMT variation enhances the placebo effect, is it also logical to theorize that these individuals are likely to see a more significant benefit from exercise, or any other actions that enhance dopamine levels?

If it is, then relatively speaking, perhaps I’m one of the lucky ones whose PD will progress slowly.

I’m not taking any chances.  Genetically, thanks to this COMT genetic variant, I am susceptible to the placebo effect. And because of that, I will continue taking my current placebos and looking for new placebos. I suppose that’s why my Motion Disorder Specialist neurologist hasn’t tried to dissuade me from my supplement routine…even if it is a placebo effect, it seems to be working.

And I guess that’s the bottom line…for now I’m doing well. Maybe it’s the exercise. Maybe it’s the supplements and vitamins. Maybe it’s a placebo effect, or the placebo amplification effect. Maybe it’s genetic, with this COMT gene, or maybe some other gene? Does it really matter?

The only thing I’m certain of after reading this book is that exercise is real. Strength improvements are real. Improved balance is real. Faster movement is real. Increased stamina is real.

If you’re interested in exploring this subject more, see:

Book Overview: Suggestible You: The Curious Power of Your Brain to Deceive, Transform and Heal – http://www.suggestibleyou.com

The Placebo Effect, How it Complicates Parkinson’s Disease Research – http://www.pdf.org/summer12_placebo

Unlocking the Healing Power of You – http://www.nationalgeographic.com/magazine/2016/12/healing-science-belief-placebo/

Here’s What Placebos Can Heal—And What They Can’t – http://news.nationalgeographic.com/2016/11/placebo-health-science-brain-suggestible-you-erik-vance/