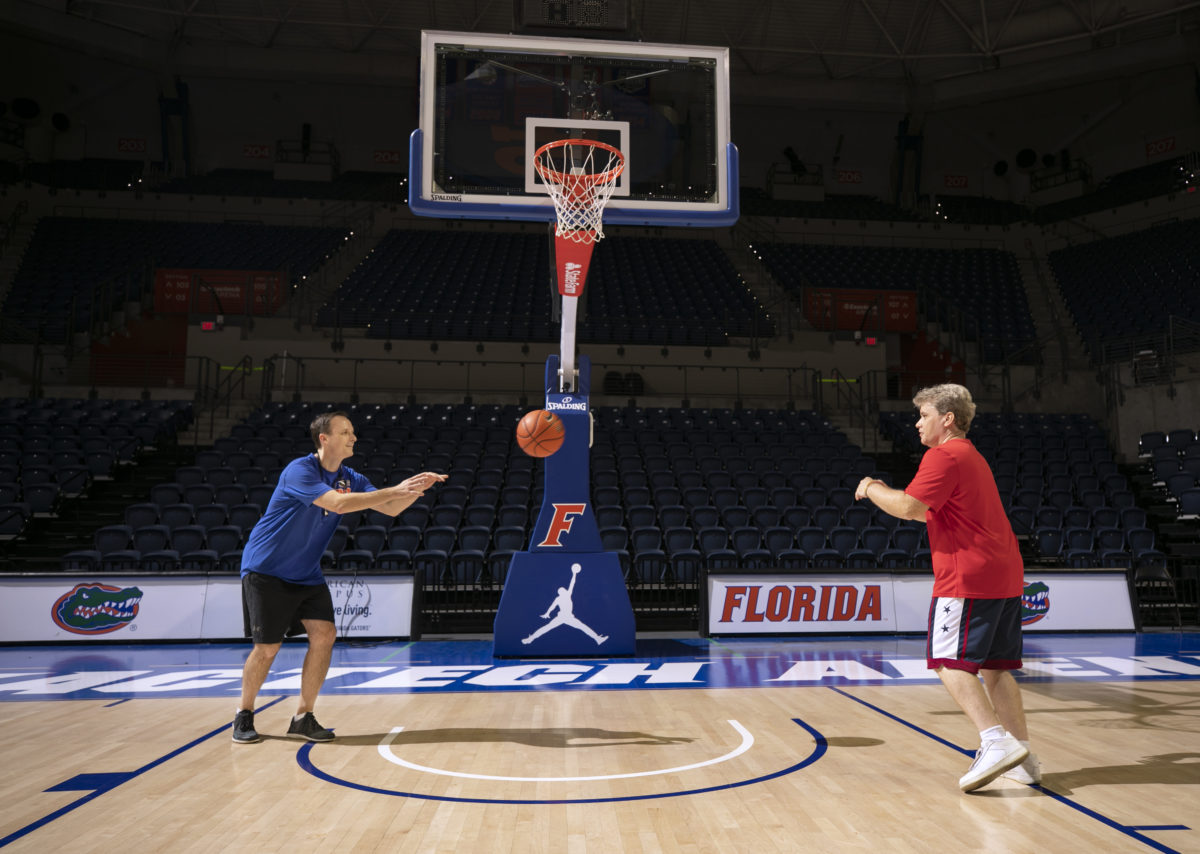 The article focuses on researcher David Vaillancourt, and study participant Gary Keating, brought together by a common goal to cure Parkinson’s, and a love for the game of basketball. Both have stories to tell that involve Parkinson’s.

The article “Two Jocks, One Goal: Cure Parkinson’s” is published at https://www.uff.ufl.edu/your-impact/two-jocks-one-goal-cure-parkinsons/

In 2014, Vaillancourt and his UF lab made history when they identified the first noninvasive imaging biomarker of PD: structural changes in the substantia nigra, a nucleus in the midbrain that is key to movement and production of dopamine.

The team used diffusion imaging, a type of MRI, to reveal that, over time, Parkinson’s patients lost vital dopamine neurons in the substantia nigra and gained more of a fluid known as free water.

The details of these studies can be found below.

Increased free water in the substantia nigra of Parkinson’s disease: a single-site and multi-site study (2015) – https://www.ncbi.nlm.nih.gov/pubmed/25467638 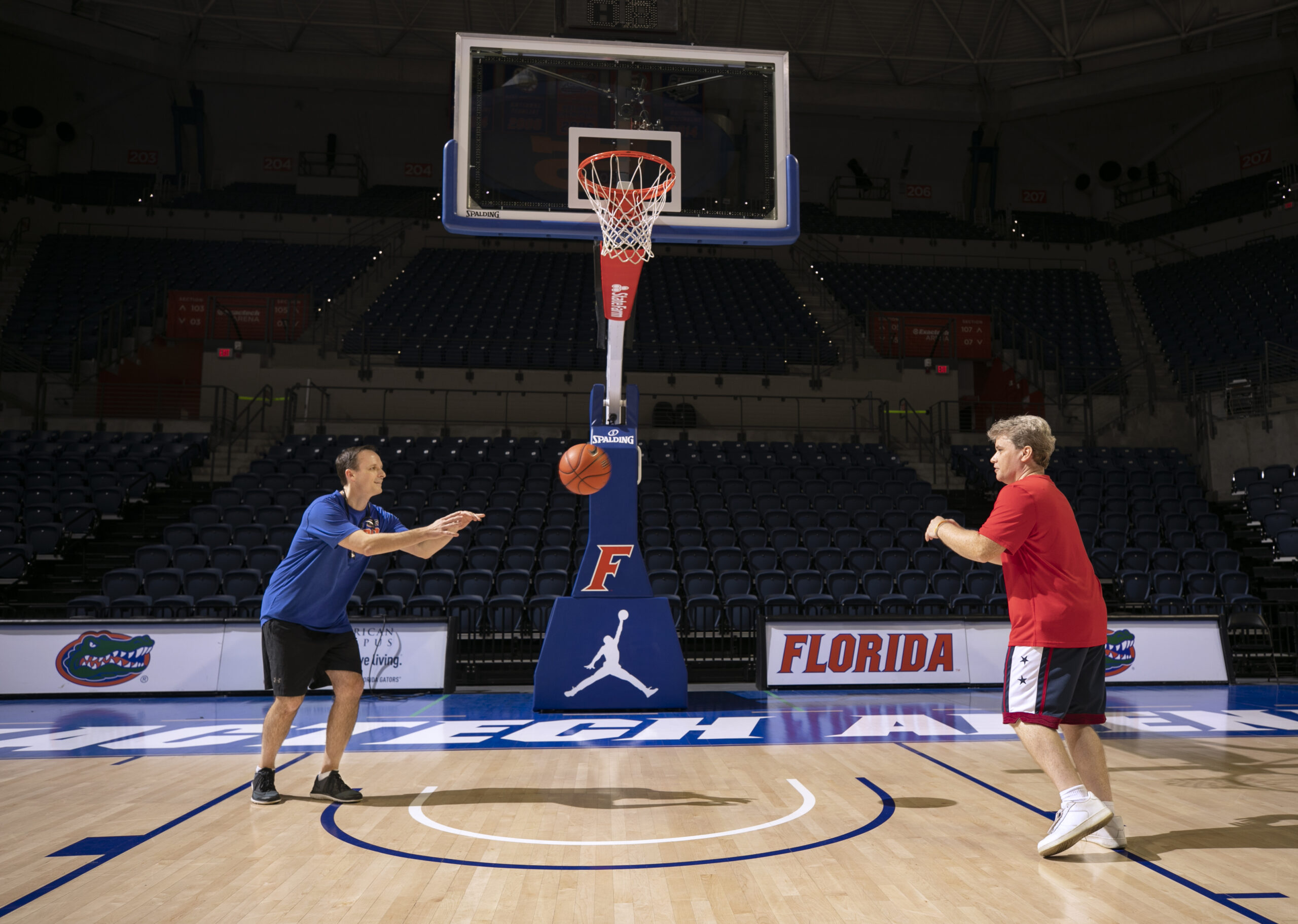 Study participant Gary Keating has had a prolonged personal experience with Parkinson’s Disease. A former basketball coach, Gary helped his father (also a basketball coach) battle PD for 14 years. Six months after his father’s death, Gary was diagnosed with young onset PD himself. 10 years later, he’s challenging PD with basketball therapy, and challenging the lead researcher of the study he participated in to a game of one-on-one.

“On the court, it’s hard to tell he has Parkinson’s disease,” says Vaillancourt of patient Keating, who practices the same daily basketball drills he used to give his players in New Jersey and Pennsylvania.

I’ve kept on playing basketball in the driveway,” he [Keating] says, “a half an hour to an hour a day,” using the same drills he used to train his young players. “Dribbles, one hand to the other, stationary, moving,” he says. “It helps.”

Helps is an understatement: People usually look at Keating in surprise when he tells them he has PD.

Gary has a book on his experiences coming out soon: “Father and Son: A Game and a Battle With Parkinson’s”. More details at https://www.pressrelease.com/news/gary-keatings-new-book-father-and-son-a-game-and-a-battle-with-140408