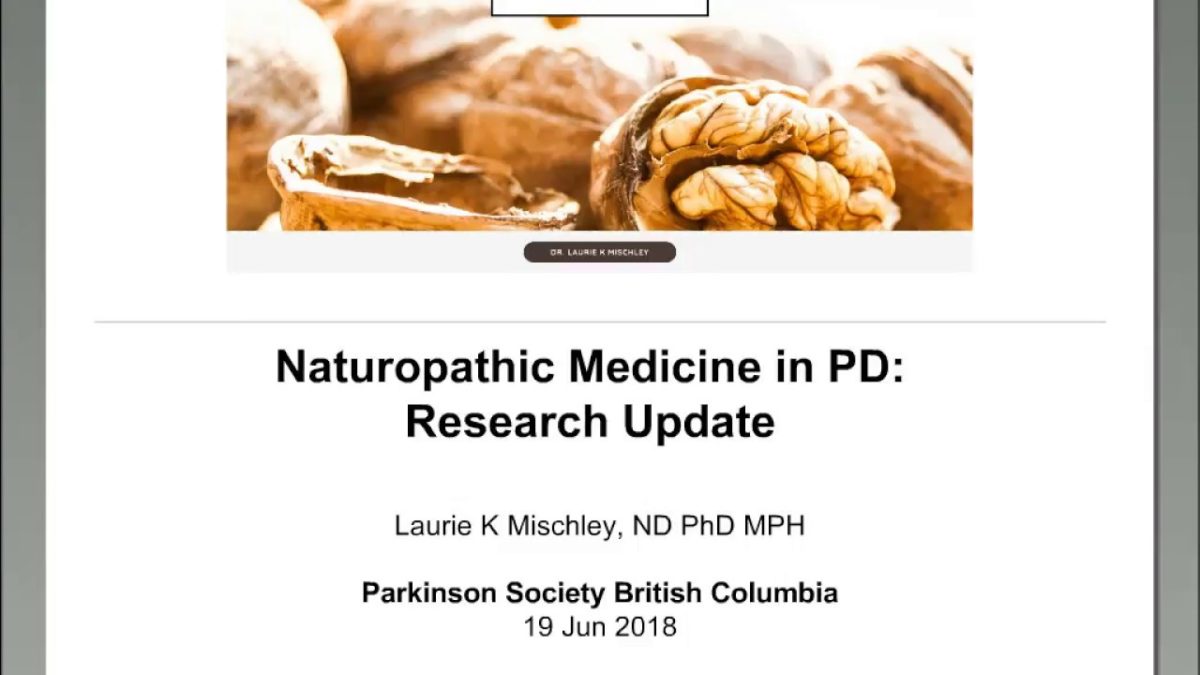 From the perspective of people with Parkinson’s, one of the most interesting presentations at World Parkinson Congress 2019 was Laurie Mischley’s talk “Is there any evidence that nutrients modify PD?” during the session “The Microbiome and Diet in Parkinson’s disease”.

Dr. Laurie Mischley of Bastyr University is a leading researcher on diet and nutrition as it relates to Parkinson’s Disease. She wrote a book on the topic that was published back in 2009, and has continued to focus on this topic over the decade since. She is currently leading the CAM Care in PD study (Complementary & Alternative Medicine Care in Parkinson’s Disease), which has a goal to ‘collect as much data as possible over a five-year period with the hope of finding dietary and lifestyle factors associated with a slower disease progression’.

In 2017, her team published a study titled “Role of Diet and Nutritional Supplements in Parkinson’s Disease Progression“, which analyzed  the dietary practices of people with Parkinson’s Disease and their rate of disease progression. The goal was to attempt to identify food and/or nutrition that were associated with either slower (better) or faster (worse) progression of PD. I’d encourage you to read the full study report at https://doi.org/10.1155/2017/6405278.

The highlights of the study:

Fish oil supplementation was recommended. And because of potential beef and dairy concerns, recommendation was made for diets to avoid malnutrition by including alternative sources of protein (e.g., beans, nuts, and seeds) and calcium (e.g., almonds, green leafy vegetables, and tofu).

There are a couple of presentations by Dr. Mischey that are worth watching for more insight. Both are presentations given to the Parkinson Society British Columbia. The first is from 2018…

…and the second presentation is from 2016.