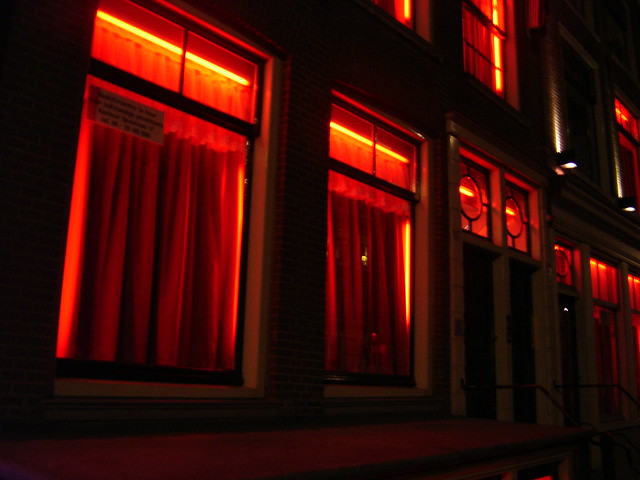 (Please forgive me in advance, but I have red lights on my mind.) It seems like every other day, there is another ridiculous study about how one thing or another affects the probability of developing Parkinson’s Disease. Take for example, the recent study that concluded that residents of the red light district of Amsterdam are significantly less likely to develop Parkinson’s Disease than residents of brothels or bordellos that use either black lights or fluorescent lighting. When I first read this study, I was mostly intrigued that the researchers managed to get funding. I was not surprised that the Michael J. Fox Foundation replied to this research grant with a “hard pass” (which might sound dirty in this context, but I assure you, most definitely, it is not).

Before we take this story any further, I should explain that I made that last paragraph up. There may or may not have been a study. (I haven’t even searched…wouldn’t it be weird if there actually was?) This was an attempt, and probably a misguided one, at humor. Some days I’m not sure if humor is a therapy or a coping mechanism, but one thing I am sure of is that we don’t all share the same sense of humor. So, if you hated the joke, but have still read this far … wow, you are a glutton for punishment … which I suppose, in fairness, is an alternate, but seemingly less pleasant, coping strategy.

Please forgive me, but did I mention that I have red lights on my mind?

Before we go any further, please note that nothing in this post should be considered medical advice.

For the past few months, I have been intrigued by the stories of a group of people with PD in Australia who were inspired by studies of photobiomodulation in mouse models of PD, and have been building DIY red light bucket hats out of buckets or chicken wire and red LED lights: 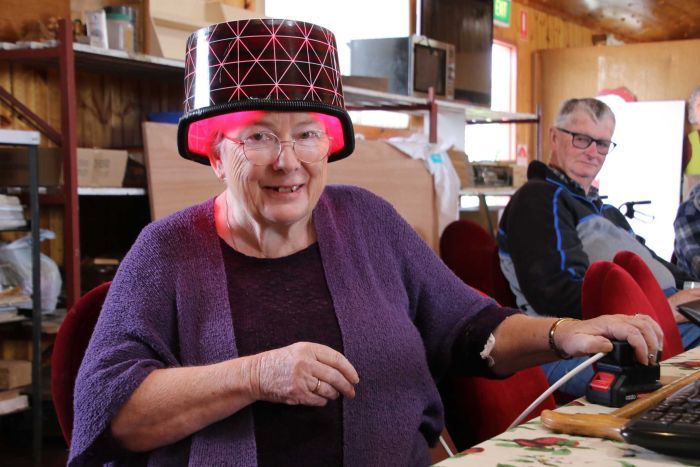 4 short months ago, that story helped convince me to launch a weekly newsletter for Parkinson’s news, information and inspiration. (I am both surprised and honored that several hundred people have since signed up to receive the newsletter via e-mail.) I figured this particular story was the type of story that you wouldn’t read about on a mainstream PD website, but that regular people with PD would find interesting and entertaining … thought provoking, and potentially conversation provoking.

On the surface, the story looked ridiculous … like Parkinson’s placebos gone wild. But the reality is that it appears to be a relatively low risk self-experiment (this is not medical advice), with considerable existing research and case studies that suggest that it might be helpful.

I’ll be discussing some of this research in additional (and future) posts in this PD Red Light District series of blog entries.

The only thing that has held me back from joining the PD red light bucket hat brigade is that personally, I’m a bit skeptical about the quality of cheap Chinese-made red LEDs, and especially the idea of putting them on my head. Artificial Christmas trees may be flame retardant, as required by law, but I’m not so sure about my scalp. Those of us with PD are prone to excess sebum, and I fear that faulty wiring (in either the Chinese made lights, my brain, or the combination) might inadvertently cause me to recreate that infamous 1984 Michael Jackson Pepsi commercial. (I’m a lover, not a firefighter.)

Then, one day last week, I was talking to one of my physical trainers about lingering, persistent soreness. He mentioned that he had received red light treatment for neck soreness from a local chiropractor, and was now considering a series of full body treatments to treat overall inflammation and soreness.

I was in the chiropractor’s office the next morning for my first treatment. Of course I’d be ecstatic if the treatment helps the Parkinson’s process in my brain … but it’s the soreness in my body that led me to sign up for a series of full body red light treatments.

I don’t know if the soreness I feel is directly or indirectly related to Parkinson’s. Some have suggested that it could be over-exercise, but it tends to subside after exercise, and doesn’t go away when I take a week off away from exercise (and is sometimes worse).

As my treatments continue, I’ll provide additional updates, and explanations of some of the research, case studies, and history of what science now calls photobiomodulation (which is a ridiculous word that should have been immediately disqualified when first suggested, as it does not even fit on a Scrabble board). Along the way, we’ll also explore the interrelationship of pain, exercise and Parkinson’s.