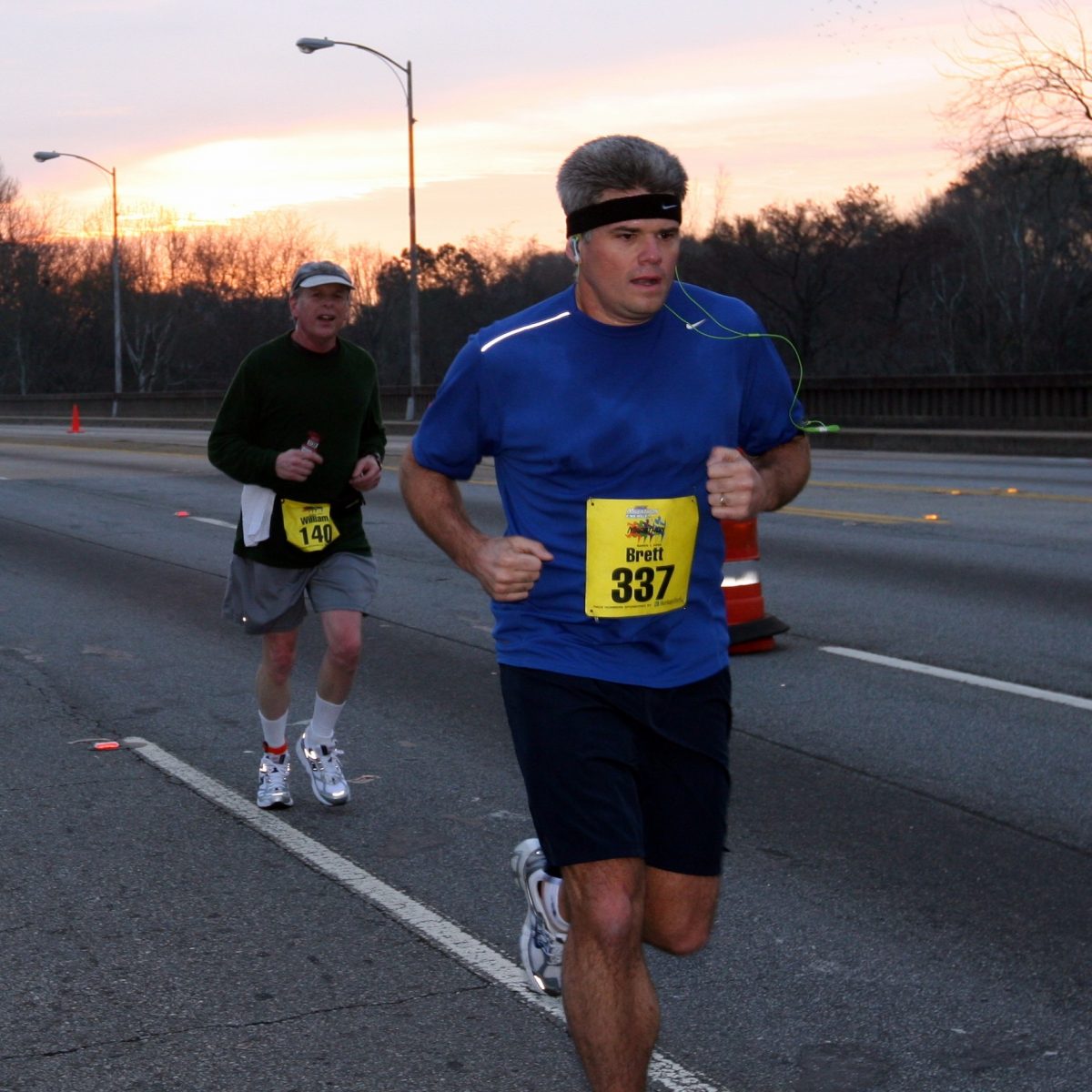 There was a recurring theme in some of my dreams when I was younger…I’d try to run, but despite my best efforts, I was unable to make any forward progress. It was never a situation where I was running away from something, more like I was trying to run toward something. I’d get frustrated, trying to move my legs faster, but I would seem to be running in place. After some period of frustration, it would hit me…I’d remember that I could fly, I just needed to use my arms.

Flying dreams were the best. I’m certain these dreams were inspired by my having watched the Greatest American Hero TV show at an impressionable age. Thankfully, my flights did not require a special form fitting body suit provided by aliens. Let’s face it, even by dream standards, that would be weird.

As I grew older, these dreams became less frequent. Sadly, it’s been a few years since I last had one of these dreams, at least that I can remember.

But in another way, I’m living this dream every day since I was diagnosed with Parkinson’s Disease, especially when I try to run. Did my brain already know what lie ahead for me in the future? I find it intriguing that although I can’t fly, I do need to remember to swing my arms (especially the right arm) when running or walking.

Over the course of my life, I’ve been an occasional runner/jogger. I enjoy clearing my mind and taking in deep breaths of fresh air. It seems that every few years, I’d take up running, but there was never enough time in my schedule.

Back when I was nearing 40, I did manage to get myself into shape, and ran 2 marathons and 2 half marathons. Weighing in at over 200 pounds, I was never a very fast runner, but there is a sense of accomplishment in completing this type of endurance challenge.

I was diagnosed with Parkinson’s Disease 7 years after my last half marathon, and by that time, I was also out of shape and more than 50 pounds heavier. (Runners have a big appetite, they need fuel. If you stop running, you have to change your diet. I stopped running, and I didn’t adjust my diet.)

I knew the best way to fight PD was to exercise. As I worked with a personal trainer to shed those 50 pounds and improve my fitness…in the back of my mind, I wondered…could I get myself to a point where I could run a half marathon again?

This was a goal that I pretty much kept to myself. I didn’t really discuss it with either of my trainers…in large part because I didn’t think it was realistic.

To make a long story short, on February 11, 2017, almost 3 years after my Parkinson’s Disease diagnosis, that mission was accomplished with a half marathon on Hilton Head Island. I may have been 55 minutes slower than I was 10+ years ago, but I can attribute some of that to age. Certainly, PD slows me down, but it’s not going to stop me. As I kicked it into high gear for the last quarter mile and a strong finish, I was already starting to think of how I could train for a faster time next year. Take that PD!

3 thoughts on “Running with Parkinson’s Disease – Dreams of Flight”