This Week’s Highlights: PD vs. Sleep (Sleeping with the enemy); smart watch fall detection; Every Day is Opening Day; Could an existing prostrate drug really slow down PD progression?; Can exergaming really motivate couch potatoes or is it an excuse for overpriced exercise equipment that gets used for only a few months before it becomes a dust collecting eyesore in the corner of the room?; and more PD news 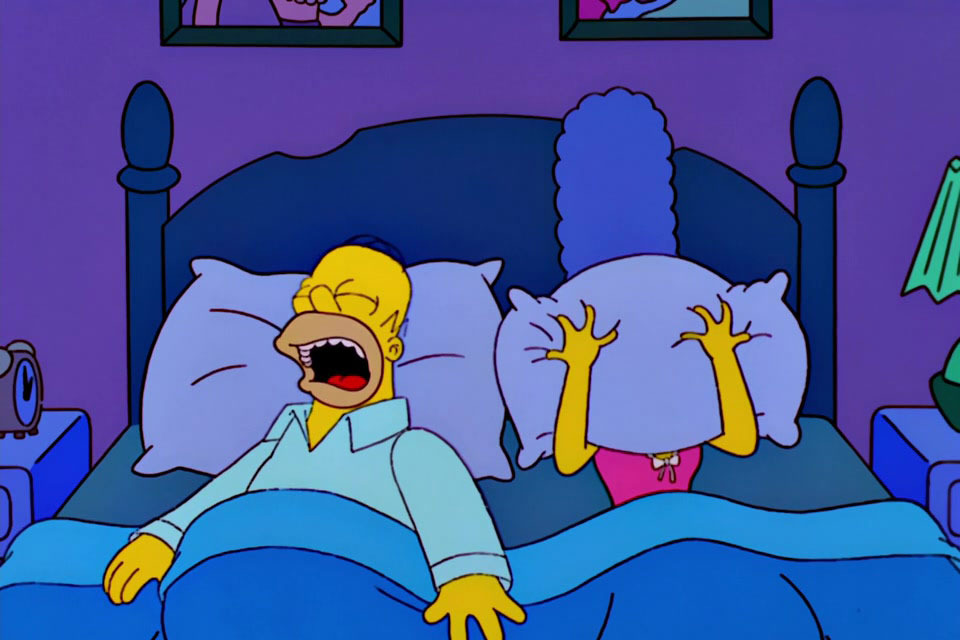 On a personal note, thanks to everyone who noticed that I took a couple weeks off from this newsletter. It’s good to be back. As usual, we’ll start off with a few updates from the Parkinson FIT website, and then we’ll cover some of the more interesting PD related news from the past few weeks.

My personal time off started innocently enough with an impromptu family weekend trip after Hurricane Dorian passed far offshore without impacting our community.

Upon return, I struggled with writer’s block as I attempted to better understand some issues that were limiting my exercise efforts recently, until an Achilles tendon injury finally sidelined me, at least for a couple of weeks. There’s a bit more to this story, so hopefully this experience will lead to some interesting insights over the coming months.

If you haven’t visited the Parkinson FIT website recently, you may have missed a few interesting articles:

Sleeping With The Enemy Does anyone else have problems sleeping with PD, or is it just me?

Yes, I’m kidding. Sleep problems are one of the most frequent complaints of people with PD. However, like so many things with Parkinson’s, it’s amazing how the sleep issues caused by PD can be so different between us.

I’ve compiled an article that features helpful resources for understanding and addressing PD sleep issues. The first video of Dr. Jason Valerio, published by the Parkinson’s Society of British Columbia was particularly useful for me: http://parkinson.fit/sleep/

Fall Detection With The Apple Watch It’s September, and that means that there are new versions of Apple products, including a new version of the Apple Watch.
Darryn Wright explains how fall detection works in newer models of the Apple Watch, and how to enable and configure this feature, which could potentially be life saving for those of us with Parkinson’s disease who experience balance issues. http://parkinson.fit/fall-detection-with-the-apple-watch/

Every Day is Opening Day I have to admit that I haven’t followed major league baseball very closely since I moved away from Baltimore over 15 years ago. As the playoff season approaches, it is downright depressing to see that the Baltimore Orioles are 50 games behind the New York Yankees. 50 games behind? The Savannah Bananas could compete more effectively in the AL East than the 2019 O’s! Since we’re on a tangent, did you know that the Savannah Bananas’ arch-rival in the Coastal Plain League is the Macon Bacon, whose mascot is a dancing strip of bacon named Kevin? True story. Apparently, the team wanted a real life piece of bacon on their team, so they reached out to some of the top scientists in the country to help complete their lineup. Many frustrating months passed, as they tried radiation, genetic engineering, and even red light therapy. Nothing seemed to work and all hope was lost. On what was to be the last and final attempt to bring bacon to life, fate intervened and the radio started playing “Footloose” by Kenny Loggins. The bacon started to wiggle. The louder the music got, the more the bacon started to move. As the music kept playing, the bacon came to life. We’re not closer to finding a cure for Parkinson’s, but thanks to scientific breakthroughs in the study of processed pork (and a timeless hit song by Kenny Loggins), at least we can smile at the dancing antics of a strip of bacon named Kevin. https://www.maconbaconbaseball.com/the-front-office/kevin/ In all seriousness, this is a roundabout way of introducing Gavin Mogan’s video “Every Day is Opening Day”. The title is baseball analogy, and mindset popularized this year by baseball player Nick Castellanos, who argues that the season starts anew every time his team hits the field. Castellanos explains “It’s kind of the mentality – If what has happened is a memory and what’s going to happen is a thought, you’re taking yourself out of right now. So in that case, every day is Opening Day.”

The most interesting news this month is the research report from a collaboration between University of Iowa and Chinese researchers, who believe  that an existing drug, terazosin, which is currently used to treat enlarged prostates and high blood pressure, has the potential to slow the progression of Parkinson’s Disease. UI neurologist Kumar Narayanan, a member of the research team, believes a terazosin-centered treatment for Parkinson’s could decrease the  rate of progression by two-thirds. The UI researchers have funding in place for a small double-blind clinical trial to test safety and tolerability in people with Parkinson’s, with the goal of a report from that study in January 2020.

It is important to note that there have not been any actual tests of the drug on people with PD yet, and this is very preliminary. Assuming the initial small trial goes well, it will take more than a year to organize and implement larger trials. I am reminded of the clinical trials of another initially promising blood pressure medication, isradipine, which took more than a decade to complete clinical trials, and ultimately was found to have no effect on Parkinson’s progression. However, the research that has been performed thus far on terazosin seems to be more thorough, and appears to show more promise.

This particular research began as so much research does these days, with database analysis. The researchers discovered that older men with Parkinson’s who were prescribed terazosin for unrelated reasons had less severe motor and cognitive symptoms, as well as fewer complications. So, they decided to dig deeper. Terazosin has been shown in earlier studies to activate PGK1 (Phosphoglycerate kinase 1) enzymes which enhance glycolysis, producing more ATP (Adenosine Triphosphate), which fuels all of the cells in our bodies. They tested terazosin in mice, and found ATP increases in several areas of the brain, including the substantia nigra, which is the area most affected by PD. Next, they tested terazosin in multiple mouse and fly models of PD, and with human cell cultures, where it was consistently found to be neuroprotective. As usual, the Science of Parkinson’s website has an excellent article explaining these details:
https://scienceofparkinsons.com/2019/09/18/terazosin/

For more details on this research, we suggest the following sources:

The Cure Parkinson’s Trust article points out that the rescue of ATP levels by terazosin is very similar to that of UDCA, a drug that is currently being trialed in the UK. If you want to read up on UDCA, we suggest:

The Linked Clinical Trials Initiative (LCT) is a program led by the UK research charity, Cure Parkinson’s Trust (CPT). The LCT identifies potential new treatments to slow, stop and reverse Parkinson’s disease by repurposing drugs that have already been approved to treat other conditions. Once a year, the LCT scientific committee meets to identify and prioritize the most promising drugs to fast-track into clinical trials. The goal is to shorten the overall time required for a potential treatment to move from the laboratory to clinical trials and, ultimately, to the patient. By selecting drugs that have already passed rigorous safety and toxicology trials, this approach can reduce the cost of bringing new Parkinson’s disease treatments to market. Read more about the LCT here:
https://www.cureparkinsons.org.uk/trial-ion-process

The 2019 LCT meeting was held last month, and CPT has been busy posting updates on the progress being made with the treatments that have been prioritized. There are currently 16 compounds being tested in 17 trials as part of this program, including Ambroxol, EPI-589, Exenatide/Bydureon, Simvastatin, Deferiprone, Liraglutide, Lixisenatide, Nilotinib, UDCA .
More info: https://www.cureparkinsons.org.uk/news/lct-2019

Another Study Shows Benefits of Exercise For Parkinson’s

A study in the Netherlands showed positive results for an at-home stationary bicycle exercise program. 130 participants were randomly assigned to either a stationary bicycle or stretching exercises, both of which were aided by a motivational app.

The stationary bikes were enhanced with virtual reality software and real-life videos, which provided an “exergaming” experience, the latest buzzword for technology enhanced exercise.

The participants were instructed to do their exercise for 30–45 min, three times per week for six months. Both of the groups in the study received a motivational app and were remotely supervised. The bicycling group was encouraged to reach vigorous heart rate targets. Parkinson’s symptoms  were clinically assessed before and after the six month period. Both groups saw a worsening of Parkinson’s symptoms, but the bicycling group saw significantly less progression than the group that did stretching exercises.

What does it mean?

Well, one of the problems with at-home exercise is that participants generally are not motivated to reach the vigorous targets that appear to be necessary to see positive results from exercise. Exergaming technology may be a solution that helps motivate people to reach exercise goals. Or it may be a way to sell overpriced exercise equipment that someone uses for a few months before it becomes a dust collecting eyesore taking up space in a corner of your living room.

Science of Parkinson’s has a great write-up on this study, including the highly complex formula that was used to calculate target heart rates:
https://scienceofparkinsons.com/2019/09/13/exergaming/

On a practical note, if you’re interested in an at-home cycling program now, you might consider Peloton. Sharon Krischer recently posted that she has a Facebook group for people with PD who have Peloton bikes: https://twitchywoman.com/2019/09/10/do-you-peloton/

The basic idea of High Intensity Interval Training (HIIT) is to work out at close to maximum intensity for short periods of time, alternated with periods of more moderate intensity and periods of rest.

A recent study in Poland found that High Intensity Interval Training (HIIT) can elevate serum BDNF (Brain-derived neurotrophic factor) levels in idiopathic Parkinson’s disease, correlating with improvement in patient quality of life. 32 patients diagnosed with idiopathic Parkinson’s disease were enrolled in the study, 16 of which underwent 12 weeks of HIIT, while the other 16 age-matched participants served as the control. Patient examinations and blood collection for concentration of BDNF and expression of miRNA were collected before and after the 12 weeks. Upon completion of the HIIT training process, patients had decreased Hoehn and Yahr scale scores and results showed increased BDNF levels and stimulated expression of miRNA involved in BDNF expression.

Parkinson’s In The News