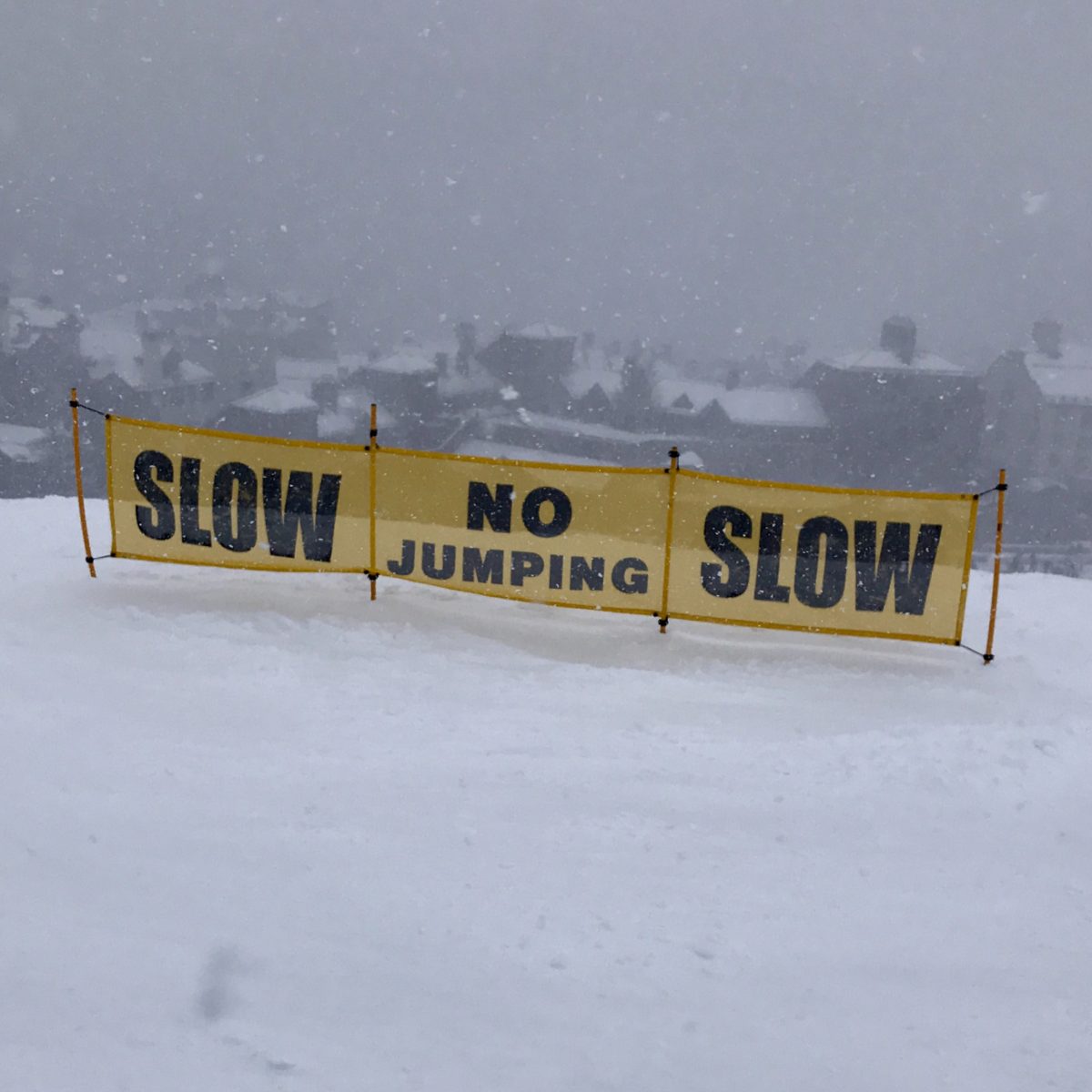 One of the most frustrating things about Parkinson’s Disease is finding yourself unable to do things that you used to enjoy doing. I suppose this applies to aging in general, but with PD, it is premature aging. I was never a great skier, but it was something I enjoyed.

I didn’t grow up skiing. As a kid, I only skied a few times…day trips with a church youth group to a small ski slope in south central Pennsylvania, where the numerous ice patches made skiing more of a contact sport than it was ever intended to be.

My wife had a similar limited exposure to skiing in her youth. But one year we decided to try skiing out west. This evolved into an annual family ski trip. In the early years, I looked forward to my kids getting a little older, so that we could ski together. That was short lived. Have you heard the three scariest words that you will ever hear on the ski slope? I’ll clue you in. If you ever hear “Follow me Dad”, think twice.

As a skier, I peaked in my early 40s…and gradually accepted the limitations of getting older. There would be no more trying my luck on the black runs, the blue and green runs were enough.

The year before my PD diagnosis, we skipped the ski trip in favor of a big Hawaii trip. The following year, when we returned to Colorado, I wondered how PD would effect me on the slopes. The answer was “quite significantly”. I went out to the slopes as if nothing had changed, but it quickly became evident that something was different. I could not turn to the right. I was near the top of the mountain and had chosen a run that had a sharp bend to the right. To make a long story short, I ended up walking down that mountain carrying my skis.

I wasn’t ready to give up. The next few days, I went back to the kiddie (beginner) hill and practiced. My right foot has a tendency to drag when walking, and when I analyzed my turns, I eventually noticed a similar drag when turning to the right. If I made a more gradual turn, I was able to turn to the right. On the last day of our trip, I managed to ski down a green run, and considered it a small victory.

During the year that followed, I stepped up my exercise program. My wife and I also did some research on skiing with Parkinson’s. I was inspired by Dr. David H. Blatt’s videos, where with intense exercise, he was able to continue to ski, and even slalom race. My wife found that most major ski resorts have Adaptive Skiing programs, designed to help people continue to ski after a physical disability. Speaking with them about my condition, they also recommended that I purchase Apex MC-2 boots.

By the next year, I was in better shape, and signed up for a 3 day adaptive skiing lesson at Beaver Creek, Colorado. The first day went pretty well, and the instructor helped me work on my turns. We moved from greens to easier blue runs. After lunch, my legs were tired, and after a few falls, we called it a day, so that I could rest. Day 2 was a disaster. From the start, my balance was off, and my right turns were almost nonexistent. The instructor eventually had to tie guide ropes to my skis and lead me down the mountain. Dejected, day 3, it was back to the kiddie hill.

Considering that I had a great first day, I can only figure that PD makes my legs tire more quickly. In the year since my last skiing trip, I stepped up my exercise intensity considerably.The week before this year’s trip, I ran 13 miles in a half marathon. And I had completed nearly a year of Rock Steady Boxing, which included challenges like the recent day where we did 200 push-ups, 200 sit-ups and 200 squats.

This year’s trip was both encouraging and discouraging. Day 1 showed continued improvement over recent years. Right turns were not a challenge. I could easily pivot back and forth without overthinking the movements. I felt close to my old self. Late in the day, I felt my muscles challenging my movements a little bit, so I called it a day. But overall, I was ecstatic and ready to claim victory over PD when it came to skiing.

Day 3 was downright discouraging. Where PD seems to effect me most, and drive me crazy, is in the things that should be easy, like putting on and taking off ski boots, or worst of all, putting skis back on after a fall. The frustration of putting my skis on after a fall is enough to drive me mad…why is it so difficult to line up my boot to the ski and press down? Twice it took me 15-20 minutes to get my skis back on. This experience left me so weary of falling, that I was done. Some days Parkinson’s wins a decisive victory against you.

Needless to say, a day off the slopes was in order…before a final day of skiing this trip. This last day didn’t start off too well. I could not get my boots to click into my skis. After having my wife and son each spend 5-10 minutes trying to help me, I sent them on, telling them I’d catch up to them if I could. None of us spoke what we were all thinking…I was done skiing.

The ski that was challenging me, as usual, was on my PD affected right side. I had no problem on the left side, where I could easily put either ski on and take it off. Finally, I decided to sit down and scrape the snow from my boots. When I looked at the bottom of the right boot, the problem was obvious…a big chunk of ice running down nearly the length of the boot. I chipped at it, and scraped it. And surprisingly, I now had no problem putting on the ski. PD was not to blame this time. I caught up with my family just long enough to complete one run before my kids went off for more adventurous territory. It wasn’t quite like old times, but I did end the day cautiously taking a blue run down the mountain. A narrow victory, but I’ll take it.

This is all very much a learning process for me. I’m making some progress maintaining an active lifestyle with PD, but also facing challenges. If you have PD and you want to keep skiing, here are some of my thoughts (and if you’re skiing wit hPD, I’d love to hear your thoughts):

12 thoughts on “Skiing with Parkinson’s Disease”