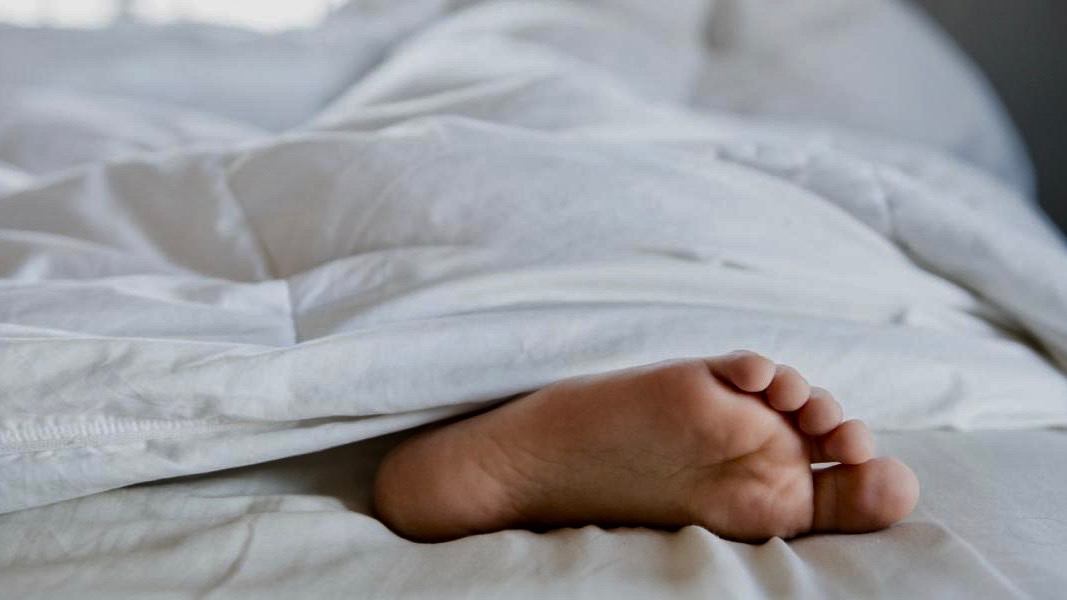 Sleep disorders are one of the most common problems experienced by people with Parkinson’s Disease. A major study concluded that more than 60% of people with PD experience sleep-related difficulties, with this percentage rising based on the length of time living with the disease.

Insufficient sleep can severely impact quality of life, and exacerbate other PD symptoms.

Like many other aspects of PD, while many people have sleep problems, they do not all have the same type of sleep disturbances.

If you want to improve your sleep, it is important to understand the type(s) of sleep disturbance that you experience. This will allow you to focus on tips and solutions that are most relevant for you, and to better communicate your problems with your doctor(s).

I’ve found this presentation by Dr. Jason Valerio and published by the Parkinson’s Society of British Columbia to be extremely helpful.

It’s a rather long video, but it’s worth watching, and then rewatching.

Broadly speaking, sleep issues are categorized into one or more of the following categories:

In some cases, there are any obvious causes for the sleep problem. For example, if you have trouble falling or staying asleep, the most common contributors to the problem are:

Many of the above can be associated with “off periods”. If you are taking levodopa medication 3 or 4 times a day, then your medication is optimized to be effective during your waking hours, and all or part of the overnight is an “off period”, where PD symptoms are untreated. Your doctor may suggest medication changes to address this.

In addition to the previous list, there are other more complex factors that can contribute to sleep disturbances:

Circadian sleep-wake dysfunction – Circadian rhythm refers to your body’s internal clock, where cortisol levels peak during day, while melatonin peaks at night. Low levels of melatonin can make it difficult to fall asleep at night. Ironically, this can also contribute to daytime sleepiness because if you don’t sleep well at night, eventually you are going to sleep regardless of melatonin levels.

REM Behavior Disorder (RBD) – This is a disorder where you act out and vocalize dreams, which are extremely vivid and in most cases, frightful, involving being chased or attacked. Shouting, screaming, swearing, punching and kicking are extremely frequent. (People who experience RBD often begin to experience it 5 years before other PD symptoms become noticeable.)

Restless Leg Syndrome (RLS) or variations such as “Motor leg restlessness” – This is a disorder where there is an overwhelming and often unpleasant urge to move the legs while at rest. It is less common but possible to have RLS symptoms in the arms or torso. RLS symptoms are temporarily relieved by movement or pressure.

Periodic Leg Movement Disorder (PLMD) – This is a disorder where there is repetitive cramping or jerking of the legs during sleep, which can cause you to wake.

Obstructive Sleep Apnea – This is a sleep disorder in which breathing is briefly and repeatedly interrupted during sleep. The “apnea” in sleep apnea refers to a breathing pause that lasts at least ten seconds. Obstructive sleep apnea occurs when the muscles in the back of the throat fail to keep the airway open, despite efforts to breathe. Another form of sleep apnea is central sleep apnea, in which the brain fails to properly control breathing during sleep. Chronic snoring is a strong indicator of sleep apnea and should be evaluated by a health professional.

Nocturia (frequent nighttime urination) – If you have this sleep disorder, you know you have it.

In addition to Dr. Valerio’s video, the following resources may be helpful:

Sleep Problems in Parkinson’s | APDA
Sleep Problems Nighttime Parkinson’s issues and how they can be treated Contributed by: Johan Samanta, MD, Director-Movement Disorders Research, Banner Good Samaritan Medical Center, Clinical Associate Professor-Neurology, University of Arizona College of Medicine. For most people night is a time of…

Sleep Apnea | National Sleep Foundation
Sleep Apnea is a sleep disorder in which breathing is briefly and repeatedly interrupted during sleep. Learn how to cope with this sleep-related breathing disorder.

Ask the MD: Sleep Disturbances and Parkinson’s Disease - MJFF
Rachel Dolhun, MD is a movement disorder specialist, board-certified neurologist and vice president of medical communications at The Michael J. Fox Foundation for Parkinson’s Research. In this short video, she talks about sleep disturbances, which are a common non-motor symptom of Parkinson’s. She d…

Ask the MD: Acting Out Dreams and Parkinson’s Disease
Acting out your dreams (REM sleep behavior disorder) may be an early symptom of Parkinson’s, occurring many years before motor symptoms and disease diagnosis.

Sleep Disorders - Parkinson's Foundation
A good night’s sleep is critical to our health and well-being. However, for people with Parkinson’s disease (PD), sleep becomes even more important as the body needs more time to restore and repair itself. The brain changes that are part of PD can also cause sleep difficulties and some people have p…

The Treatment of Sleep Disorders in Parkinson’s Disease: From Research to Clinical Practice
Sleep disorders (SDs) are one of the most frequent non-motor symptoms of Parkinson’s disease (PD), usually increasing in frequency over the course of the disease and disability progression. SDs include nocturnal and diurnal manifestations such ...

Sleep and Parkinson’s | Parkinson’s UK
Sleep and night-time problems are common in Parkinson’s. They can affect you at any stage of the condition and may leave you feeling tired and drowsy.