Warning: Creating default object from empty value in /homepages/3/d854345934/htdocs/clickandbuilds/ParkinsonFIT/wp-content/plugins/widgetize-pages-light/include/otw_labels/otw_sbm_factory_object.labels.php on line 2
 What will they think of next: Jet lag stops Huntington’s Disease in fruit flies – Parkinson FIT
Skip to content 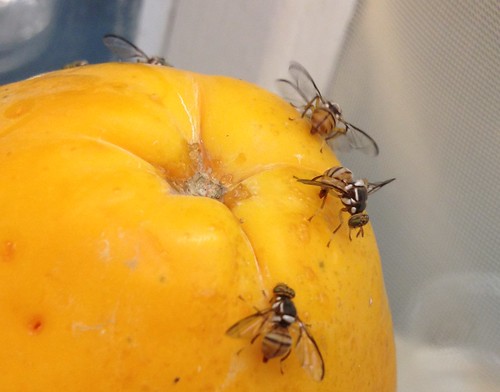 What will scientists think of next?

And why am I not surprised that they waited until the day after April Fool’s Day to release this study.

The Daily Mail reports that “A jet lag ‘brain switch’ that controls the body clock may hold the key to a cure for Alzheimer’s disease, according to new research.”

And you’ve got to love the headline: “Could jet lag make your brain more resilient? Scientists stunned to find fruit flies with constantly changing schedules were LESS likely to get Alzheimer’s, Huntington’s and Parkinson’s”

Study leader Professor Ravi Allada, a circadian rhythms expert at Northwestern University, Evanston, Illinois, is quoted as  saying: “We essentially gave the flies jet lag for every day of their lives. It is like travelling four hours east every day.” 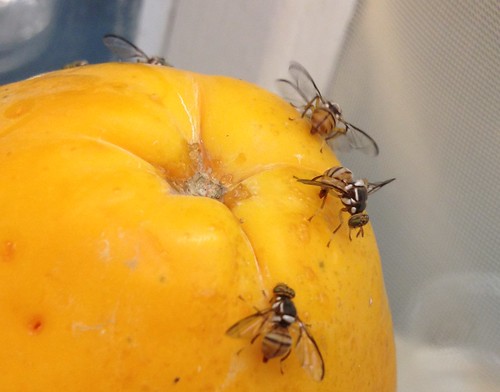 As a frequent flyer myself (British Airways Gold Guest List), I have so many questions.

And possibly the researchers are on to something. They had expected the jet lag simulation to inflict additional damage to the brain, and were surprised when it seemed to help.

The research team didn’t really subject flies to the full jet lag experience. Instead they altered the flies’ circadian rhythms two different ways. For one group of flies, the researchers altered the flies’ environment by changing the daily timing of light-dark cycles. This manipulation caused the flies to live a 20-hour day instead of a 24-hour day. And for another group of flies, the researchers mutated a gene that is well known for controlling the internal circadian clock.

According to the press release:

The team zeroed in on a gene that encodes the “heat shock organizing protein,” or “hop” for short. Not only is hop controlled by the body’s circadian clock, the gene is also responsible for protein folding. Because misfolded proteins can result in many different neurodegenerative diseases, Allada thought hop made an interesting target. He and his team knocked down the hop gene in flies with the protein that causes Huntington disease and — again — were surprised. Knocking down the gene restored the flies’ arrhythmic circadian clocks, reduced the aggregation of diseased proteins in the brain and reduced the number of neurons killed by those proteins.

Next up, the research team plans to look at the effect on Alzheimer’s disease models. That should be interesting, because I imagine it is far more difficult to get fruit flies with dementia on the correct flights. Parkinson’s research is much further down the road…