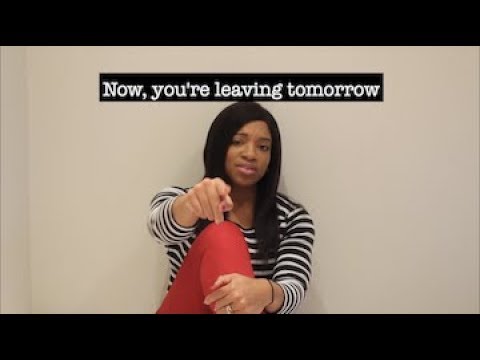 The World Parkinson Congress (#WPC2019) takes place every 3 years. This year it will be in Kyoto, Japan from June 4-7, 2019. There is a video competition, and the top 12 finalists have been selected.

Note: We have no affiliation with this competition, we just thought our readers would be interested in seeing these videos.

Watch the top 12 videos below, or watch this YouTube playlist:

KEEP HOPE ALIVE - Meet Tom Isaacs, legendary Parkinson´s disease patient and incurable optimist.
http://www.livshygiene.no/?p=342 This is one piece I have been wanting to share for a long time. Meet the late Tom Isaacs, a hard working visionary, a ground breaking activist and a wonderful person, severely affected by Parkinson's Disease.This interview with the Co-founder of The Cure Parkinson`s Trust is the fourth and last submission to the World Parkinson Congress 2019 Video Competition by Norwegian filmmaker and parkinson patient Anders M. Leines. "When I met Tom Isaacs in Stockholm in 2012 he was already my idol due to his achievements as a person with Parkinson building the foundation for patient centered research and care. He, Sara Riggare and Jon Stamford together with Toms wife Lyndsey and others attended "Scandmodis 2012" to promote their new initiative "Parkinsons Movement". My role was to make sure we came home with high quality interviews with the researchers that we could share with the growing community, while at the same time introduce ourselves as informed and engaged patients vs the professionals. Fortunately I was able to spend valuable time with Tom who generously shared from his experience of life with Parkinson's. Tom died on May 31st 2017. Parkinson's changed the direction of my life. Tom changed it again. I will always remember you.

English ‘'My Dad: his Parkinson's through my 9 year old eyes.' WPC2019
My hand drawn sketches in this story help to tell my 9 year old daughter's perspective about my Parkinson's. The story is based on conversations with her and things she has both said and done over the past 3 years and is my interpretation. The red tulips (worldwide symbol of Parkinson's) grow from a bud to fully bloomed through the story and give hope. Music by www.bensound.com. WPC2019 entry

Don't Give Up
"Don't Give Up" is a message of hope and resilience dedicated to all of those who battle the non-motor "PD symptoms that you don't see", but that heavily impact quality of life. It is an invitation to look at a broader picture of what living with PD is, from the perspective of newly diagnosed and young onset PWPs who are determined to never give up.

Living with Parkinson's, Matt Eagles
At the age of 7, Matt Eagles was diagnosed with Parkinson's disease, but that has never stopped him from achieving his goals and living life to the full. After undergoing Deep Brain Stimulation (DBS), Matt is now able to control his Parkinson's through an electric current that goes into his brain. "I've never at any point thought I've got Parkinson's so I can't do this." Matt Eagles Whether he is photographing Team GB at the 2012 Olympics for ESPNSoccernet, hiking up Loughrigg Fell, abseiling the Manchester Town Hall, or working as Head of Patient Engagement at the Havas Lynx Group, Matt inspires everyone he meets. This is Matt's story of living with Parkinson’s.

wpc2019_Fumiko
How Could this happen to me？

Story of my life... Kyrgyzstan WPC 2019
This story is told by different patients, who faced similar challenges along the progression of the Parkinson’s disease. Staying in the dark, not knowing the symptoms and treatment possibilities, condemns people to disability and social isolation, when knowledge and understanding of the disease by the patients and the public could make their lives better. The idea was initiated by Dr. Cholpon Shambetova, aiming to raise public awareness about the disease, as a first step in establishment of first ever-created association for Parkinson’s disease patients in Kyrgyzstan, where people with Parkinson’s disease have no access to treatment, healthcare resources are limited, and public knowledge of the disease is extremely low. The film was created by: Cholpon Shambetova Ilias Vadud Arstanbek Sargaldaev Talant Urgaziev Aigul Kubatova Patients: Feruza Akhmetova Bakyt Kamchibekov Evgeniy Zalunin Aitbu Jusubalieva
«
Prev
1
/
1
Next
»