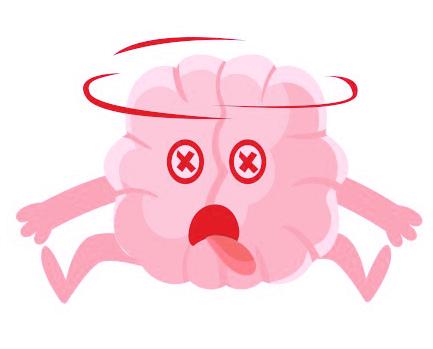 Today is World Parkinson’s Day, an arbitrary day (Dr. James Parkinson’s birthday) on which various organizations try to draw public awareness to issues surrounding Parkinson’s Disease. And it is interesting to note the themes coming from different parts of the world.

Globally, a lot of attention seems to be focused on drawing attention to the fact that Parkinson’s doesn’t just affect senior citizens, with news stories introducing us to people in their 20’s, 30’s and 40’s who are living with Parkinson’s Disease.

Another recurring theme is that the number of people diagnosed with Parkinson’s is growing, and there is a shortage of qualified Movement Disorder Specialist (MDS) neurologists available for treatment. It frequently takes months to get an appointment.

Here are a few perspectives on Parkinson’s Disease from around the globe that caught our attention today:

In Australia, PD is not a death sentence, but a livable condition. “It’s not life or death, I just shake a bit.” Drugs don’t cure it, but they manage the symptoms quite well in the early stages of PD.

In India, more drug treatment options need to be made available, and that the only option for advanced stage treatment, Deep Brain Stimulation (DBS) is prohibitively expensive.

In Ireland, DBS treatment is not currently available in the country, and this needs to be addressed. There is also a disturbing trend in Ireland where Parkinson’s drugs are being sold on the black market as Xanax. We hope that this puzzling abuse does not affect access to the drugs by those who need them.

Portugal based pharmaceutical company Bial is asking people to “Speak Up for Parkinson’s”, drawing attention to vocal problems that are common with Parkinson’s.

Everything is bigger in the USA, where we take the whole month of April as our Parkinson’s Awareness Month. Overall, there is considerably more attention being focused on community based exercise programs, and the importance of exercise for a higher quality of life with Parkinson’s. Our newsletter last weekend called attention to 7 Rock Steady Boxing locations that were featured on local TV broadcasts, plus the Power For Parkinson’s program in Austin, Texas. Scroll to the bottom of this link for details: Parkinson’s Weekly Update

In the United Kingdom, the message seems to be that we’re not drunk, which at first glance seems to be quite an awkward central message of an awareness campaign. As a US colonist who visits the UK 6-10 times a year for the past 20+ years, however, I think I understand the reasoning. The UK has a reputation for being a drinking culture, and as such, there are public health efforts attempting to educate on the dangers of binge drinking. Because of the public attention to this issue, it is more likely that someone may misjudge someone with Parkinson’s as being drunk. While this may be embarrassing to those of us with PD, I think it is a relatable awareness message for the general public…that person who is struggling on public transport may not be drunk, they may need a brief moment of help or assistance.

“I Ain’t Drunk, I’m Just Thinkin’” sums up many Parkinson’s moments. People with Parkinson’s experience difficulty with movement due to low amounts of a neurotransmitter that is responsible for relaying movement instructions from the brain. This particularly effects so-called unconscious movement, those types of movement that you have performed so many times over the course of your life, that you don’t really have to think about them. People with Parkinson’s sometimes have to concentrate really hard on simple movements in order to figure out how to get their muscles to move the way that they should.

Parkinson’s symptoms can also vary greatly from one minute to another. Drugs can be taken to temporarily boost the levels of this neurotransmitter and offer improved movement, but they can wear off quickly and unexpectedly. These are called “off periods” when the drug wears off. When I’m traveling or otherwise out and about, I have a baggie of pills in my pocket. It can be fun to explain at airport security, or times like the night before last when I had to empty my pockets for a security check on the way into a rock concert. But on the whole, I find people to be very quick to understand if there is a need for me to offer an explanation.

Now, put your political correctness aside and enjoy the master of the telecaster, Albert Collins, at the top of his game, performing “I Ain’t Drunk, I’m Just Drinkin’”. If you want to pretend it’s about Parkinson’s, remember that it’s “I Ain’t Drunk, I’m Just Thinkin’”…and instead of questioning how many drinks he’s had, he is questioning how many carbidopa/levodopa tablets he has taken…it can be so easy to lose count.