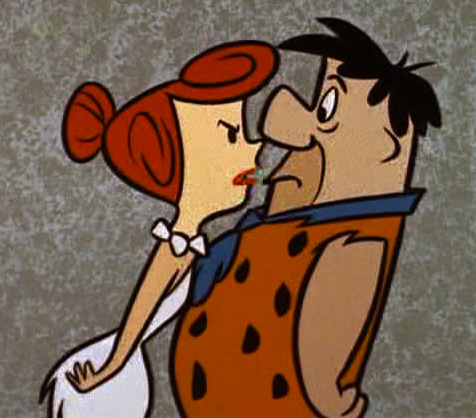 My wife went to one session at the World Parkinson Congress 2019 without me.  It is my fault. I suggested it. I had another time commitment, so I suggested that she use the time to go to a panel discussion about living well with Parkinson’s. I wasn’t there, so I don’t know exactly what was said, or the context in which it was said. I only know what she told me she heard. Her takeaway from this session was that one of the panelists said that one of their keys to living well with Parkinson’s was that it was very helpful to have a nagging spouse.

I cannot imagine which panelist would have said this, or the full context of their remark.

Perhaps it had been intended as sarcasm?

Perhaps they were speaking under duress and this was a thinly veiled cry for help?

Perhaps they meant it?

I cannot say for sure as I was not there. I can only wonder and speculate (two areas of skill in which I am particularly gifted).

I wish I had been there. But maybe it is better that I was not, as there is a strong possibility that this resulting journey of thought through a virtual rabbit hole in my mind is more interesting (or at least more entertaining) than the original comment.

Don’t get me wrong, I can see some potential benefit of a nagging spouse. I say potential, because I would never go on record as saying that I was married to one. However, despite this potential for positivity, I can also see many scenarios where nagging will cause more harm than good.

Let’s look first at positive or healthy nagging. Nagging to encourage exercise and physical activity is the best possible justification for nagging. Exercise is absolutely essential for maintaining and/or improving quality of life with Parkinson’s. Nagging to encourage exercise would seem to be a constructive application. In fact, people with Parkinson’s should also feel free to nag their spouse to exercise as well, because caregivers (and potential future caregivers) often fail to pay sufficient attention to their own health.

Nagging to encourage social activity and avoid social withdrawal may also be beneficial.

I’d even argue that nagging to perform household chores, while extremely annoying, could be considered helpful.

Where nagging is not helpful, is in correcting behavior that is related to Parkinson’s Disease itself.  For example, I can recall many times my wife has told me to pick up my feet as I shuffle around the house.

I know she was trying to be helpful, but at the time she didn’t fully understand that this was a  symptom of PD that would show up more when I’m tired and/or medication was wearing off, which is more common in the late night and early morning hours. Of course it is helpful for her to report these types of observations on a visit to the neurologist.

Interestingly enough, I googled “Parkinson’s nagging spouse” and found an excellent article from 2007 that is a better exploration of this nagging issue than I could ever hope to write.

The following article by Dr. Joseph H. Friedman was originally published in the Summer 2007 newsletter of the American Parkinson’s Disease Association.

Parkinson’s disease (PD) patients have difficulty doing two things at the same time. There is a loss of our “automatic pilot,” the programs in the brain that allow us to do many complex tasks without thinking about them. As one of my patients puts it, “my good hand does what it’s supposed to do, but my Parkinson hand has to be told what to do.” This causes a great deal of slowness because the patient has to guide the hand and not think about the next step.

PD patients don’t blink as much as other people, hence the staring expression, and they don’t swallow as much as other people, hence the pooling of saliva, or the drooling. There is a problem with their “set point” for doing these small things that occur unconsciously. It’s like having a thermostat that’s always a little bit off. Most people blink a certain number of times per minute, but PD patients blink a bit less. Not a big deal for most, and “easily” remedied. Just ask the PD person to blink more!

Everyone seems to understand this, but a very similar problem occurs with posture and armswing. PD patients have a stooped posture, and they also often tilt to one side.

The spouse often tells me, “I keep telling him to stand up straight,” or, “I keep reminding him to swing his arms.” I then respond, “But it never works does it?” “Well, it does for about a minute.” The reason it doesn’t last is just like the reason PD patients can’t increase their blinking or their swallowing rate.

For whatever reason, clearly related to their PD, their brain wants something different from normal. The brain says to blink less, swallow less, write small, talk softly, stoop the shoulders, shuffle, and while all of these problems can be overridden, they can only be overridden consciously, that is, while people are thinking about one particular problem. Unfortunately there are lots of other things to think think about. No one can think about his posture all day, and especially not about his blinking, his swallowing, his speech volume and smiling, all at the same time. This applies to arm swing as well.

I try to get spouses and friends to understand that telling patients to stand up straight doesn’t help. It is nagging and only is helpful if the patient wants to be reminded, perhaps at a social event or for a photograph.

Telling the family to stop nagging is usually greatly appreciated by the patient. And the spouse often appreciates this as well.

Most people don’t like to nag. They do it only because they feel they must, as part of their “job” as caregier, booster, or friend. It is helpful for spouses and caregivers to hear what the limits are. “Should I nag more? After all he’s not standing up straight and if I pester him enough, maybe he’ll straighten out.” It helps to be told not to do it. The spouse can tell the children, “No, I’m not going to bug him anymore. The doctor said he can’t help it, and this is nagging.”

A more difficult problem is tilting. Some PD patients tilt to one side like the Leaning Tower of Pisa. Some patients will tilt so much that their head is on the armrest of the chair and their arm is on the floor. The most amazing thing is that patients are rarely uncomfortable from this. It looks like torture, and I certainly wouldn’t want to sit like that, but the patients who do sit with their head almost parallel to the ground are not bothered. It doesn’t help to say, “Sit up straight.” The brains in these patients are confused about what straight and up and down are. The best thing to do in these cases is to stuff the chair with pillows and try to keep them as erect as possible.

I don’t know what to do when PD patients fall a lot. I have been impressed by how many PD patients fall in particular situations that they know are problematic and should be able to anticipate. Most patients fall when they try to turn and their feet stick to the ground. So, why don’t they simply learn to cope with this by stopping, turning with a few small steps, or by leaning against a wall? I’ve asked some patients this and I always get a shrug. I also hear from the caregiver that the patient is constantly being told, “Be careful. Turn slowly.” “Don’t take your hands off the walker.” Yet it happens daily or more. I used to say the same thing. “Stop and think before you turn.”

One day I had a sudden insight. There are not many stronger reasons for learning than very bad experiences. If you do something that results in a very bad outcome, you avoid doing the same thing again. If you stick a fork in the socket, you learn with a single experience to never do that again. Why is it that a PD patient who falls can do the same thing over and over again? I don’t know, but I realized one day that if a fall won’t teach patients the danger, then my telling them or their spouse’s nagging isn’t very likely to help either.

What’s the solution? I don’t know. It’s hard to keep from trying to help. On the other hand, we must learn to avoid nagging. Nagging is demoralizing for the nagger and the naggee. The nagger feels ignored and the one being nagged feels misunderstood or morally weak, as if not trying hard enough.